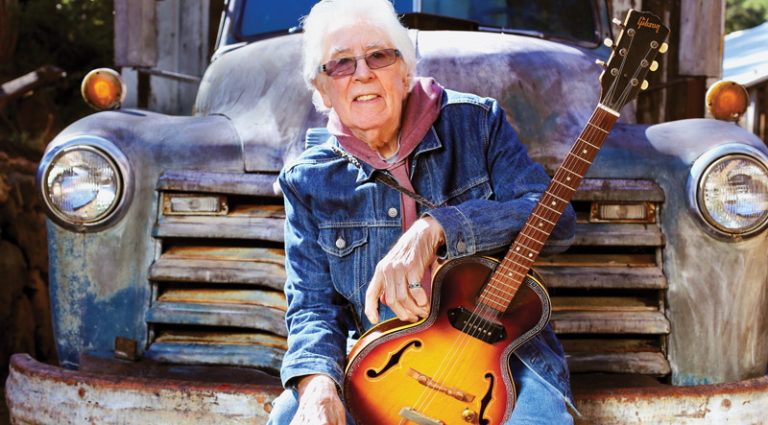 Few living blues artists could merit a package of 35 CDs. But what makes John Mayall: The First Generation most remarkable is that it only documents the British blues legend’s career up to 1974 – just 10 of his 55 years as a recording artist. It boasts official albums, a stash of bonus tracks, nine previously unreleased live discs, and a 132-page book.

Not to “get ’em out of the way,” but the albums with Eric Clapton and Peter Green, and Mick Taylor’s first appearance with Mayall – Blues Breakers, A Hard Road, and Crusade, respectively – are so essential, dissected countless times over the years, we needn’t dwell on them. If you’re not familiar, you must’ve stumbled into the wrong bookstore. Regardless of your stylistic bent, these are seminal.

Green also appears on the EP Mayall cut with harp legend Paul Butterfield, and each guitarist gets a turn on two CDs of BBC broadcasts. Mick Taylor had the longest stint with the bandleader before joining the Rolling Stones. Always his own man, he never played the speed game; live, he’d build solos gradually, weaving long phrases across several bars. With all the voodoo about Clapton and Green, make no mistake – Taylor was and is a force to be reckoned with. The ambitious Bare Wires includes an extended bonus live take on “Start Walkin’” – an example of Taylor at his best.

The years 1972 and ’73 were interesting, producing Jazz Blues Fusion, Moving On, and Ten Years Are Gone. Mayall mounted an ensemble of jazz stalwarts, including trumpeter Blue Mitchell, saxophonist Clifford Solomon, and guitarist Freddy Robinson, whose resumé embraces Howlin’ Wolf, Quincy Jones, and many more. His Gibson Barney Kessel model gets plenty of room to stretch out. These albums – with Sugarcane Harris returning to action on Ten Years – went a long way in exposing some jazz greats to blues and rock audiences.

The hook that might get Mayall fans to drop 400 bucks for this is the live stuff, most of it previously unreleased. The first nine cuts of BBC broadcasts suffer with severely forgettable guitarists; when Clapton comes into the fold on “Little Girl,” the difference is profound, though his playing is busier than it would become. Interestingly, he takes liberties with “Hideaway,” but shadows Freddie King’s original on the head, not yet letting ’er rip as on Blues Breakers.

The fidelity varies from show to show, with “All Your Love” and “Stepping Out” unfortunately muffled and distorted. Green’s first appearance, including his instrumental “Curly,” is likewise audibly challenged, but fortunately he reprises the tune on a subsequent show, displaying his trademark tone, sustain, and vibrato. Original instrumentals also showcase Taylor, with fine versions of “Snowy Wood” and “Knockers Step Forward.”

Perhaps the jewels of the collection are two CDs’ worth of the lineup consisting of Green, Mick Fleetwood on drums, and longtime bassist John McVie – soon to splinter off into Fleetwood Mac. On the Mayall composition “Tears In My Eyes,” a slow blues that wouldn’t appear on record until Taylor replaced him, Green builds a solo from quiet to blazing as only he could. And he does the same on the Otis Rush minor-key “Double Trouble.” Add soaring lines on “Someday After Awhile (You’ll Be Sorry)” and “Looking Back,” and a price can’t be put on this college concert from ’67.

It was somewhat of a tradition to feature Bluesbreakers guitarists on Freddie King instrumentals, and Green complies with killer takes on “San-Ho-Zay” and “The Stumble.” For his part, Taylor kicks off the first of four CDs he’s featured on with a great rendition of King’s “Driving Sideways.” The 18-year-old’s appearance at the National Jazz and Blues Festival in ’67 was indeed auspicious, particularly “I Can’t Quit You Baby,” but especially after Mayall pared the lineup down to a quartet, Taylor seemed to improve by leaps and bounds, gig to gig.

So, what about Mayall himself? True, his talent-scout abilities often overshadow his own contributions. He accompanied his distinctive vocals on authoritative piano and organ, harmonica in the Sonny Boy Williamson tradition, and quirky guitar, typically slide. Most of all, his songwriting expanded the repertoire, and he championed the blues, for which he was awarded Officer of the Most Excellent Order of the British Empire in 2005.

As I write this, with live music coming back not-quite-post-pandemic, the 87-year-old is set to play Arlington, Texas, in June. You bet I’ve already got my ticket.