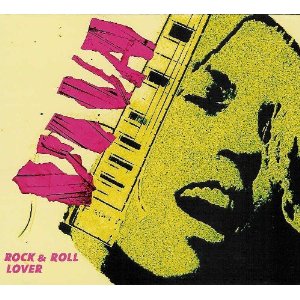 Viva DeConcini’s band plays cabarets in New York City and sounds like nothing else – and her guitar playing is as unique as her band, as evidenced by the nasty rock solo on the title cut. The song starts like a punk band with James Brown’s horn section and leads into DeConcini’s new-wave-ish vocal. The solo starts loud and raucous before becoming beautifully dissonant.

Most of the songs here have that sort of feel; Peter Apfelbaum’s arrangements and charts are wonderful doses of funk and pop, and while DeConcini’s vocals and guitar ref lect her obvious affinity for things that are a bit off-the-wall, the melodies are hummable and stick in your mind. Lyrically, she has written some of the best on a rock record in the past decade. Some are funny, some are ref lective, all are good; “$15 Buzz” is incredible, “Go-Go Boots” and “What’s Your Sign, Baby?” are funny and smart.

And, on the only guitar instrumental, she takes on the classic soul song “Natural Woman,” playing the melody with a wah pedal, and using stinging licks and an aggressive attack. The song delves into corners you’ve never heard, which makes it interesting

Viva DeConcini proves she’s a force to be reckoned with if rock and roll is to survive and grow.