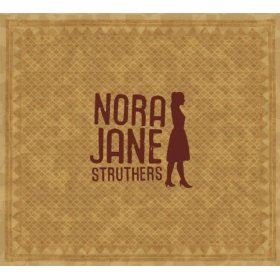 Nora Jane Struthers knows how to twist a murder ballad. On the opening cut on her debut album she whisks us to the banks of the Ohio, where we experience

the song from the victim’s point of view rather than from the traditional omniscient narrator. On the surface, Struthers’ songs bear resemblance to work from Gillian Welch and Adrienne Young, but her tunes have less of an old-time vibe.

All 11 originals contain a great story, but it takes melodies to turn words into music. How this ex-high-school English teacher created such affecting melody lines is a wonder. Having sidemen such as Bryan Sutton on guitar, Scott Vestal on banjo, Stuart Duncan on fiddle, and Rob Ickes on dobro certainly adds to the musical appeal, but despite being surrounded by high-power players, Struthers’ songs stand out.

Instead of a vocal tour-de-force, her voice – direct and free of artifice – points the listener back to the essence of each song. She is, first and foremost, a songwriter. But unlike many songwriters who aren’t performers, Struthers’ singing is as polished as any Opry pro. On the Jimmy-Rodgersinspired “Cowgirl Yodel #3” Struthers even displays a nicely controlled yodel.