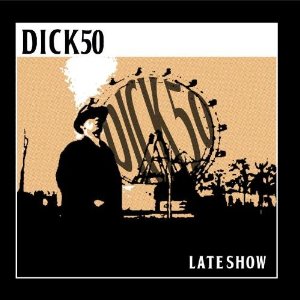 Dick 50 is Delbert McClinton’s touring band. Guitarist Rob McNelley handles most of the lead vocals and brings the same soulful feel he did to his two solo albums. His guitar is the basis for most of the tunes such as “Like You Did,” which starts with a great old-sounding soul riff and blends into a mix of rock and soul. Its lyric compares lost love to new love, and the Leslie’d solo teams with McNelley’s soulful vocal to convey the feel. The guitar-through-Leslie sound is key to a number of tunes, including the groove of “Flyin’ Now.” You know you’re dealing with guys who get it when the band locks in, plays in a way that proves they’re in no hurry to get anywhere, and by the time McNelley’s solo pops up with its middle-eastern feel, the song matches its title.

While this disc is dominated by a soul feel, classic rockers will love the Stonesy crunch of “Goldilocks” and its blistering slide solo. The disc ends with the clever “Theme from Dick 50,” which, as you might expect, sounds like a misplaced spy-movie theme from a different era. There are enough surf and mystery licks here to make any veteran guitarist smile.

This group of veterans knows how to make a record, and they play with intensity and feel many younger bands never capture.