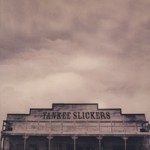 The Iveys’ guitars soar like they were brought up on a diet of the Allman Brothers and Lynyrd Skynyrd. Keyboardist Eric Brigman supplies a bridge that allows them to play great solos, many dominated by harmonies that become integral to their tunes. “For the Moment” is a good example. It starts with one guitar playing a crisp one-note line, while the other throws melodic leads between vocal lines. Its solo starts with a nod to Dickey Betts’ best playing, then dips into a solo with heavy wah before the second guitar joins in. It all meshes beautifully.

All the solos here share a big Les Paul sound – big, punchy, driving, and right up-front in the mix.

This article originally appeared in VG’s Apr. ’09 issue.  All copyrights are by the author and Vintage Guitar magazine.  Unauthorized replication or use is strictly prohibited.