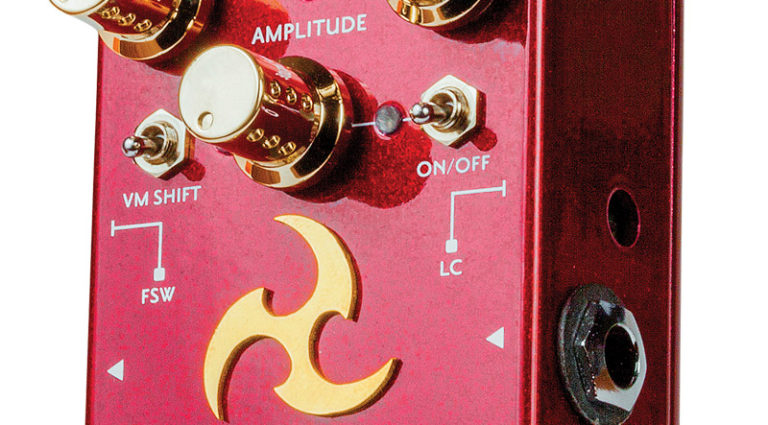 Based on the Systech Harmonic Energizer pedal made famous by Adrian Belew, Frank Zappa, and Greg Lake, the TWA Triskelion MK3 is a third-generation mid-boost that combines the features of the manufacturer’s MKI and MKII editions in a smaller pedal.

The Triskelion is best at producing a variety of cool, filtered lead tones akin to the “cocked wah” sound. Testing with a ’57 Strat and a reissue Les Paul resulted in interesting tones harkening to classic sounds of the ’70s.

The Triskelion introduced midrange dirt and sustain to the Strat, enabling it to replicate sounds usually associated with humbucker guitars. With the Les Paul, the pedal produced tones reminiscent of Mick Ronson’s work with Bowie. The Energy introduced a killer-sounding higher-octave overtone that gave both guitars additional bite and endless sustain – which morphed into a pleasant-sounding feedback.

In all, a great pedal to add to your board for some very specific purposes.