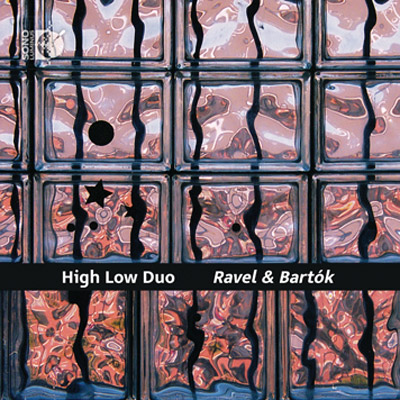 As producers and guitarists, Cameron Greider and Jack Petruzzelli come with impressive resumés. The former has played with Chris Cornell, Natalie Merchant, and Joan Baez; the latter has recorded with Joan Osborne, Patti Smith, and Ian Hunter, and is a member of the Fab Faux.

They started playing surf instrumentals and Western themes together, taking inspiration from Chet Atkins and Les Paul. Then their composition and arranging backgrounds led to experimenting with classical music on electric guitar. But this is not a couple of metalheads shredding classics with no regard for the composers’ intention. Instead, the pair uses the electric to broaden the sonic palette potential, served well by their interplay.

Featured are the five movements of Maurice Ravel’s “Ma Mère l’Oye” (Mother Goose suite) and six pieces from Béla Bartók’s “44 Duos for Violin.” In spots, Petruzzelli subs a Duesenberg for his Jazzmaster, while Greider plays an Epiphone Casino throughout – both achieving clean, crystalline tones through Princetons. On Ravel’s “Beauty and the Beast,” Petruzzelli plays bass lines to Greider’s muted, staccato brushes and bends, and even adds a little slide.

Will this cause sleepless nights for, say, John Williams? Hardly. But it might raise a smile from the master.