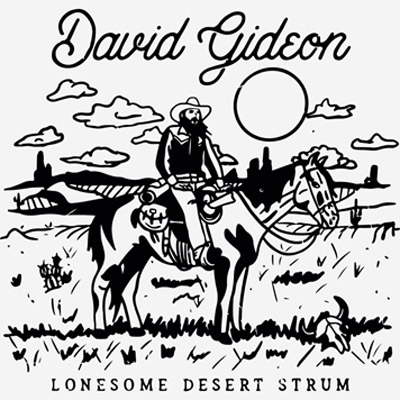 “Ashes,” the sole acoustic number (co-written with Wood Newton), pays homage to country’s past with a veritable punch list of iconic artists and historic locales, enhanced by Robin Ruddy’s overdubbed banjo, guitar and dobro. The tempo jumps on “Movin’ to the Country,” as Vaughan and Hinson add flawless backing and brief, furious solos. On the moody, minor-key “My Birthday,” both slip in simple, highly expressive licks enhancing Gideon’s dark lyrics.

Vaughan’s ability to convey much with just a few notes or chords enhances every track featuring his work. His muscular lead and overdubbed rhythm meld with Gideon’s vocal on “A Woman Like Her” (also co-written with Newton). His expansive twang adds heft to the ballad “Wings of an Angel” and the title song. On the Western-swinger “Red Boots,” Scruggs’ succinct single-string embellishments enhance the authenticity, as does the minimalist color he and Vaughan bring to the upbeat “Drifter” and the ballad “Moonlit Lake.”