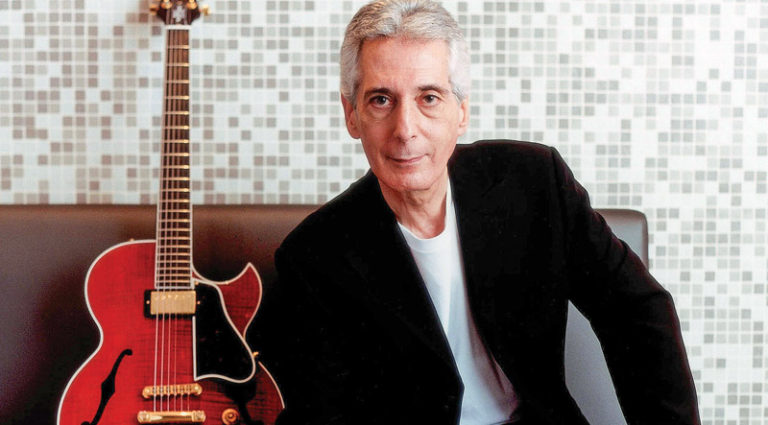 Music suffered an incalculable loss with the passing of Pat Martino, who died in his sleep on the morning of November 1. An icon of the jazz world, he leaves a legacy, catalog, and philosophy that continues to inspire and inform across the musical spectrum.

Born Patrick Carmen Azzara on August 25, 1944, Martino lived life on his own terms, with conviction, precision and an obsession to seize the moment; in the process redefining what the guitar could do. His richly textured life was mirrored in his transcendent lines, daring harmonic choices, compelling compositions, the creativity that flowed from his mind in the studio and onstage as leader and sideman, interaction with fans, students and friends, and the artistic stance of his daily activities.

In 1980, Martino survived a near-death experience when he almost succumbed to congenital arteriovenous malformation (AVM). He lost the ability to play music after surgery and, though his legacy was assured by his pre-1980 body of work, overcame amnesia, re-learned the guitar, recovered his astonishing facility, and in ’94 returned with Interchange followed by a string of albums. His trials were documented on film in Unstrung, his triumphs orchestrated in his personal soundtrack of the ’90s and new millennium. After two more decades, he was diagnosed with chronic obstructive pulmonary disease (COPD) and forced to retire from performing in 2018.

Martino was revered by his peers, many of them legends in their own right. Upon hearing of Martino’s passing, Kenny Burrell said, “He was a kind and gentle person, and one of my favorite guitarists. I was happy to be his friend for many years and will miss his special presence.”

Jazz compatriot George Benson recounts how, as the hot new kid in town, was practically scared back to Pittsburgh after a Martino performance in Harlem.

“Pat was a master technician at 17 and gigantic inspiration to my evolution,” he said. “He represented a mastery rarely known… a special individual who will be in mind and heart forever.”

“I wouldn’t be the same without Pat’s music,” she noted. “He was the influence on generations of guitarists. His sound is unmistakable – pure and deep, his rhythmic feeling the essence of driving swing. The ability to touch listeners’ hearts, the ultimate gift of a musician, was shared unselfishly. A force of nature, he set high standards for guitarists. He was a gifted composer and insightful, inspiring educator.”

Bruce Forman, another powerful contemporary guitar voice added, “We’ve lost a bright light; Pat was a brilliant original. His generosity of spirit and unique view of the world, ever-present in his music, informed everything he did. He was eloquent, masterful, and welcoming.”

Jimmy Bruno, protégé, colleague, and fellow Philadelphian, enjoys the distinction of having Martino’s liner notes grace his 1996 album, Like That. In that closing of a circle, the master touted his descendant’s skills as “astounding” and that his “proficiency as guitarist seems overwhelming,” echoing sentiments expressed by Les Paul 25 years earlier.

“I met Pat when I was 16; we’ve been friends for over 50 years,” he said. “He was a musician of the highest order, but also a philosopher. His observations about the world and how it relates to music amazed me. He was fascinated with numbers and likened 12, 4, and 3 to geometric shapes playable on guitar: 12 months=12 hours=12 notes in the chromatic scale, 4 was the diminished parental chord, and 3 was the augmented parental chord. His musical accomplishments will last forever.”

Joe Donofrio, Martino’s manager of 24 years, said, “Pat was my personal case study of a musical genius. He moved between simplicity and profound thinking instantaneously, bedazzling with an unexpected turn and leaving us waiting for more. He lived in the here and now, and still resonates within me.”

I have been close to Pat since ’76, when we met in L.A. We shared a love of music, guitar, and the art of calligraphy. He had me transcribe and notate copyrighted lead sheets for two Warner Brothers albums. In 2000, he contributed to my Best of Jazz Guitar book and recently wrote an endorsement for my upcoming jazz-guitar course. I will miss him beyond words.

Have Guitar Will Travel 073 – Crimson Apple’s Shelby Benson and...