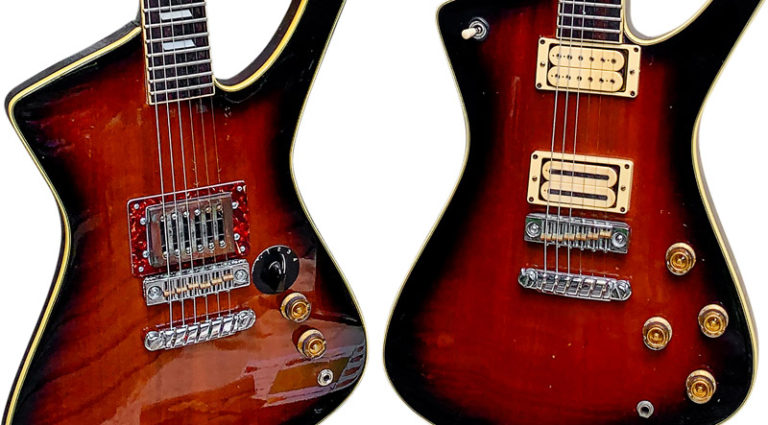 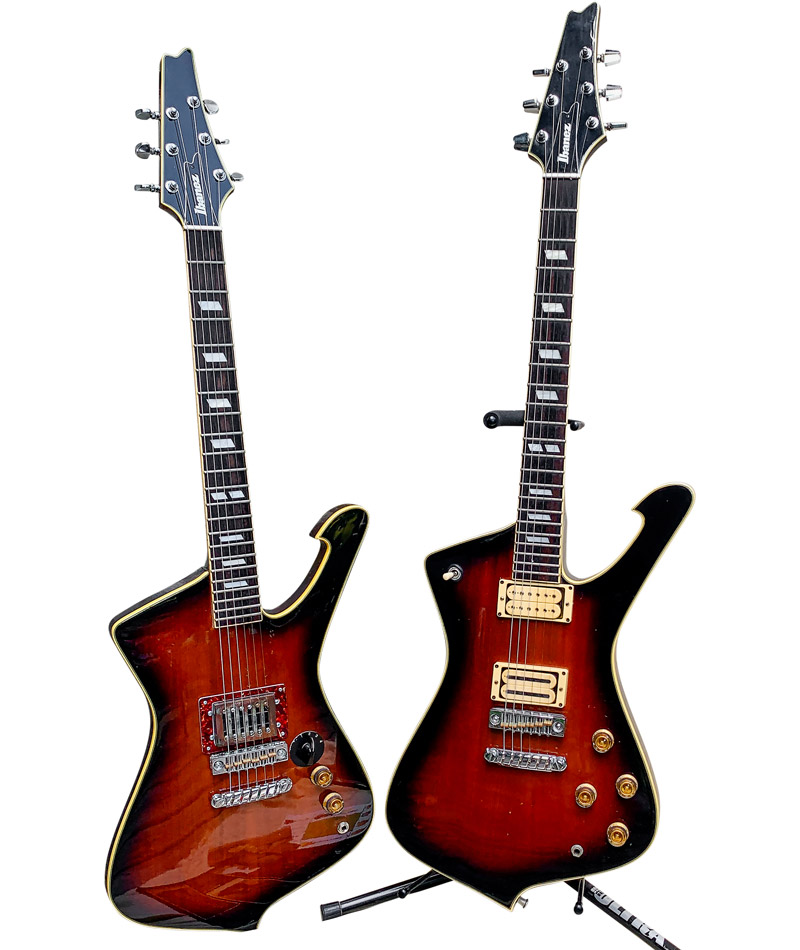 Pete Prown’s obsession with the Ibanez Iceman began when the company’s 1978 guitar catalog landed atop dealer display cases; the teen rocker dreamily eyed what would be the first step up from his Gibson Marauder.

“I got the catalog at the iconic original Brian’s Guitars in New Haven, Connecticut, and it blew me away – big color photos and lots of drool-worthy specs,” said Pete, who is Vintage Guitar’s music editor. “I was just learning about guitars and searching for something outside the Gibson/Fender universe; ’70s Ibanezes hit the sweet spot. There weren’t many in area stores either, adding to my infatuation – to me, they were almost mythological.”

The IC200 Iceman became the main object of his desire.

“I was really hung up on its design and the dual humbuckers, which were becoming imprinted on my rock-obsessed DNA,” he added. “I vaguely knew that Steve Miller and Paul Stanley used Ibanez, but my jam was the hard rock of Rush, Thin Lizzy, and UFO. In my head, the looks of the Iceman seemed to fit that heavy sound.”

By the middle of 1980, he’d saved $400, borrowed another $50 from his father, and set about getting one. One day that summer, he walked into Brian’s to place the order – even put down a deposit. But it wasn’t to be.

“My money sat there for a month before they refunded it, knowing by then they probably wouldn’t get an Iceman.”

Undeterred, Pete and his bass-player buddy, Brett Bottomley, then jumped a train to New York City, 65 miles away. Their destination? Manhattan’s 48th Street; “The musician’s street of dreams,” he said.

Anyone who recalls shopping on 48th at the time can relate to how they gawked through the glass and at everything on the walls of Alex Musical Instruments, We Buy Guitars, and Rudy’s Music.

“Finally, we stepped into Manny’s – the Mecca of guitar stores. Nervously, I asked if they had an Iceman in stock. The salesman replied, ‘Nope. Haven’t seen any in a while. Maybe we can order one for you.’

“I was crushed,” Pete said.

Dejected, they slunk next door to Sam Ash Music, and sheepishly asked again.

“The salesman there shrugged, then disappeared to the back for a long time – probably 20 minutes. Then, in a scene almost from a movie, he walked out carrying a rectangular black case.

“He was chuckling as he said, ‘I bet this is the last Iceman in New York City,’ and when he opened it, the IC200 inside was as gorgeous as the one in the catalog.”

The boys were soon on the train back home, in possession of Pete’s holy grail.

“It was one of those ‘best days of my life’ moments,” he said.

Times being what they were, he soon after swapped the stock Ibanez Super 80 humbuckers for the DiMarzio X2N and PAF pickups the guitar still holds today.

In the decades since, Pete has chased, bought, and sold many of the instruments he first saw in that catalog, including the signature Bob Weir “tree of life” Professional and the Iceman 210 (with a triple-coil pickup) posed here with the 200, but… “That first Iceman was – and still is – my favorite hard-rock machine, and one of the fondest memories of my youth.”