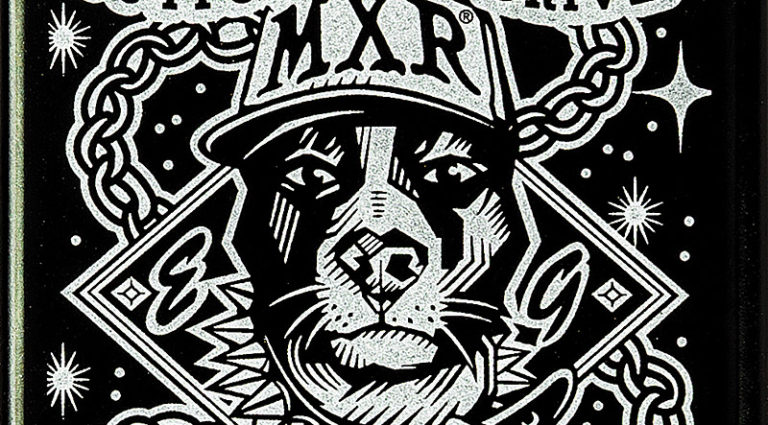 During a recording career that spans three decades and includes 19 albums, blues guitarist Eric Gales has achieved a reputation for solos that are a deluge of precise notes delivered with passion. When pedal and accessory manufacturer Jim Dunlop asked Gales what he would like in a pedal, the guitarist was quick to respond, “A Tube Screamer with more bite!”

Dunlop got Gales in touch with Jeorge Tripps, of Way Huge pedals, and in a few months Gales had exactly what he wanted.

The MXR Eric Gales EG74 Raw Dog overdrive is a mini pedal with controls for Output, Tone, and Drive housed in an attractive box sporting an image of Gales’ beloved pitbull, Little Bud.

Tested side by side with a recent TS808 reissue, the Raw Dawg showed subtle (but significant) differences. Though voiced similarly, the Raw Dawg is harmonically richer, with greater texture. It also has more low-end, mitigating the mid bump common in Tube Screamers. And, used as a clean boost with the Drive set low and Output high, the Dawg hits the front end of the amp harder and earlier.

The MXR Raw Dawg is an excellent, pedalboard-friendly, economical choice for those wanting to sink their teeth down to the bone of tone.