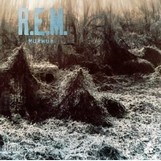 Some CDs deserve to be remastered and reissued. And though vocalist Michael Stipe’s mumbled vocals contributed greatly to the atmosphere and underground appeal of the original release, if you were the type who needed to sing along to enjoy music, this was not your deal. The new remastered deluxe edition of Murmur may not turn Stipe into a master of diction, but it sure makes it easier to appreciate the album.

Murmur was Rolling Stone‘s “Album of The Year” in 1983; its combination of Stipe’s cryptic lyrics, quirky vocal style, Peter Buck’s minimalist-yet rhythmically-complex guitar parts, and Mike Mills’ melody-carrying bass lines created a fusion that was familiar yet so fresh that the jaded rock press responded enthusiastically. Even 25 years later, Murmur doesn’t sound dated or boring. Sure, it’s only rock and roll, but songs such as “Talk About The Passion” feature such interesting melody lines that don’t go where you expect them to, that even today they are still refreshingly novel.

To celebrate its 25-year anniversary, I.R.S. has packaged a newly remastered version with a never before released 16-song live performance recorded at Larry’s Hideaway in Toronto. The live set includes nine of Murmur‘s 12 songs as well as three songs from the band’s earlier EP, Chronic Town, and two songs from 1984’s Reckoning. The sonics on the live set are actually better than on Murmur in that Stipe’s vocals are clearer and more up-front than on the atmospheric studio mix. Backing vocals are a bit louder than ideal, and the overall sound is much drier, but the set makes for a fascinating comparison between the band’s live sound and its studio efforts. The live version of “Pilgrimage” kicks the studio version’s butt.

In 2007, R.E.M. was inducted into the Rock and Roll Hall of Fame. If you didn’t catch on to them the first time around, this new version of Murmur will help you find out why they deserve to be there.