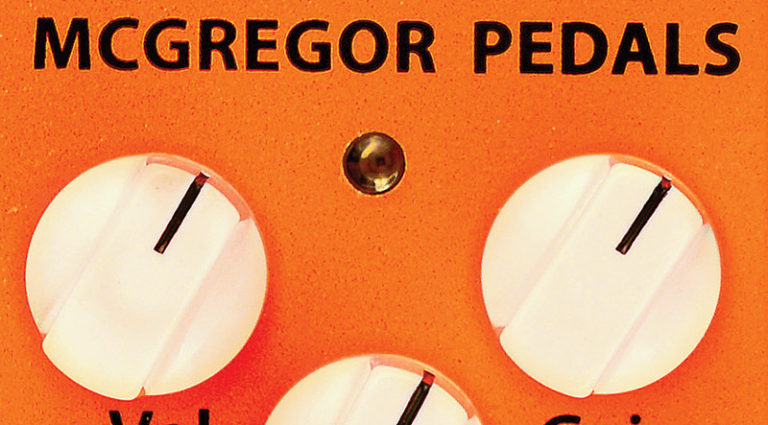 McGregor Pedals founder and self-proclaimed “Chief Mad Scientist” Garth McGregor Heslop hand-wires pedals in his Vancouver shop. Two of them – the Crunch and Crunch Plus – are overdrives that offer transparent, low-gain effect with minimal tone coloration.

Head to head, the Crunch has a slightly brighter overall tone with smooth sparkle on the top end, while the Crunch Plus exhibits a darker, fatter tone with slightly more overdrive. Both function well as standalone low-gain “bluesy” overdrives through an amp’s clean channel. Where they excel, however, is as boosts in front of an amp’s overdrive channel, adding touch-sensitive crunch, clarity, and sustain without muddy overtones or buzzy top-end.

Both tested well with single-coils and humbuckers, retaining their inherent tones. One especially noteworthy feature is a small adjustable internal control for dimming the on/off LED, allowing adjustment to stage conditions.

If you’re wanting to add overdrive and/or sustain to your guitar’s signal without color and noise, the McGregor Crunch and Crunch Plus are worth a close look.