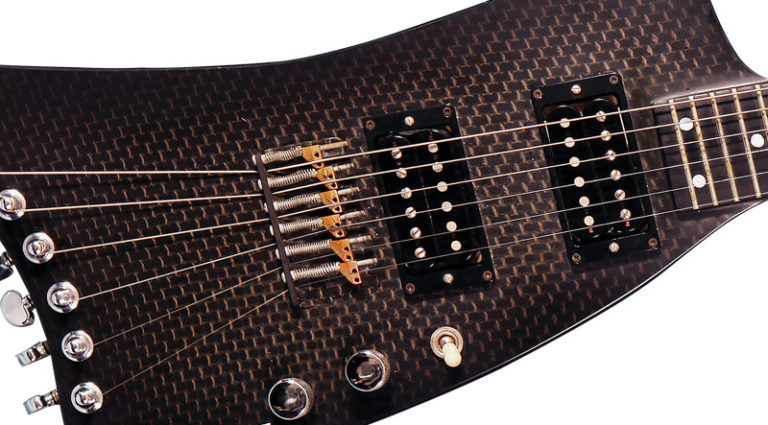 In guitar history, irony is almost always the result of circumstances. The market changes overnight or someone makes a mistake that proves successful, etc. Rarely is the irony planned by a guitar designer, but that’s what happened with the Modulus Graphite Flight 6 Monocoque.

While the origins of Modulus Graphite don’t qualify as “ironic,” they are unexpected. The company was conceived in San Francisco by aerospace engineer Geoff Gould, who also played bass. Reportedly, after seeing a Grateful Dead concert in ’74 he was particularly impressed by Phil Lesh’s hot-rodded Alembic.

Gould’s job had him working on a carbon fiber dish antennae for spacecraft including Voyager I. He was struck with the notion that carbon fiber could improve the sustain and stability of electric-bass necks, which had always been a problem. Carbon fiber can be precisely molded, and is strong and stable with excellent, uniform acoustic properties. In its high-strength formulation, in the trade it’s known as modulus graphite.

At the time, San Francisco was the home of Stars, Tobias, and Alembic Guitars, along with Furman Sound and other high-end companies. Gould enlisted the help of Rick Turner, co-founder and luthier at Alembic, which was known as a maker of instruments using exotic timbers with complex electronics and beautiful designs. Together, Gould and Turner figured out how to produce carbon fiber necks. They produced two basses with carbon fiber neck-through construction, selling one to Stanley Clarke, the other to John McVie. They then introduced production prototypes at the January ’77 NAMM show, filing a patent application for carbon fiber musical instrument necks the following year (U.S. Patent 4,145,948). Gould opened Modulus Graphite in San Franscisco, initially producing just necks but quickly graduating to complete guitars and basses with highly figured wood bodies. 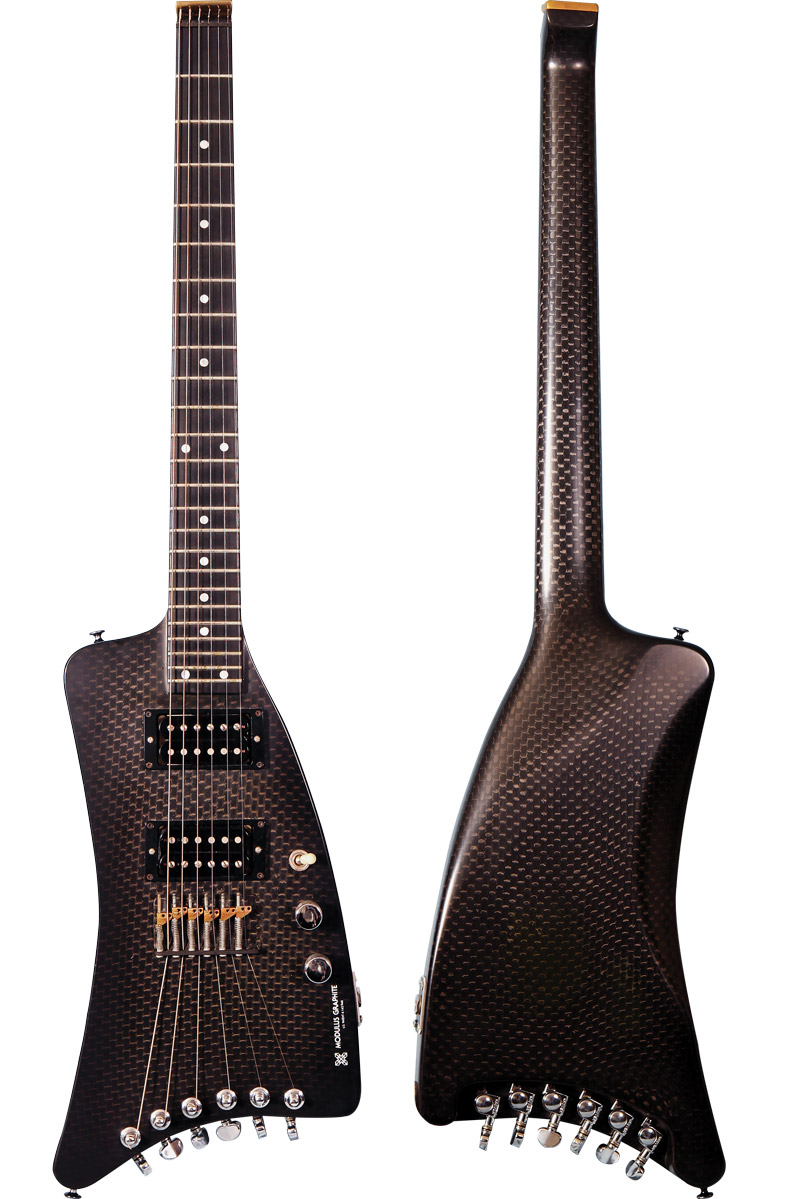 While the inspiration for Modulus Graphite’s necks was outer space, the idea that yielded the Flight 6 Monocoque was much more down to Earth; in French, “monocoque” means “single shell.” In engineering terms, it refers to replacing the old practice of building an internal frame structure and attaching covering material outside with a method that creates a lightweight form made of a single external skin that has structural properties on its own. In other words, with monocoque, the skin becomes the stress-bearing form, which is far lighter than the old method. Airplane fuselages and certain race cars are monocoque, and the modern “unibody” car is related to the concept.

Well, if you could make an airplane fuselage out of a graphite skin, why not a guitar? And that’s just what Modulus Graphite did in 1983, when it introduced the Flight 6 Monocoque; the name becomes self-evident. Flight, because of the airplane inspiration, 6 because it’s a six-string, and monocoque because it’s made of a single skin of carbon fiber. And headless because some of the most innovative guitars of the time were headless – the Steinberger, Kramer’s Duke. Andy Summers played his spare, modern licks on a headless guitar.

Here’s where the deliberate irony comes in. Gould wanted to fuse his way of building a guitar body with retro functionality, so as not to take away from the rest of the guitar (in some ways, the twisted, asymmetrical shape reflects this irony).

Instead, he mounted a pair of simple, old-fashioned humbuckers with a three-way select and one Volume and one Tone control. The bridge pickup is a Seymour Duncan Custom, the neck a Seymour Duncan Jazz. The frets on the integral fingerboard are jumbos. Tuners are sealed Gotohs.

As you might guess, holding this guitar is like holding nothing at all; it’s exceptionally light. The pickups are fine, and having tuners on the butt-end is easier than reaching up with your fretting hand. The guitar sounds and plays great… assuming you’re a fan of headless guitars; most of us are so accustomed to navigating the fretboard in relation to a headstock that going headless can be disorienting.

It’s not known how many were made, but an online search reveals only images of this very guitar. Interviewed years ago, Gould said “only a few” were ever made, qualifying this for genuine “rare bird” status.

Gould left Modulus Graphite in 1995 to start making his own basses, which he still does. Rick Turner eventually left to start his own guitar company. Modulus Graphite brought in Rich Lasner, who’d had success with Ibanez (Maxxas), Yamaha (Weddington, better Pacificas), and Peavey. Modulus continued to thrive, introducing the successful Genesis guitar line in the late ’90s, with graphite core necks surrounded by wood – a concept not unlike Kramer’s aluminum necks and Dave Bunker’s PBC guitars. However, due in part to the high degree of hand-work, it grew increasingly difficult to stay profitable with labor and the cost of materials. In late 2013, Modulus filed for Chapter 7 bankruptcy, then emerged under the leadership of Joe Perman, who previously worked for the company. It still exists, making custom high-end basses.

The graphite-neck concept devised by Gould and Turner proved successful, and has periodically turned up on guitars by Ibanez, Westone, Cort, and others. Every once in a while, a builder experiments with bodies made of some synthetic material, as well. However, the Modulus Graphite Flight 6 Monocoque may have been the only time someone used a single sheet of carbon fiber to make the whole guitar – ironically, letting players blast off with the most basic of guitar functionality, by design.

Supro Guitars and Amplifiers Part I