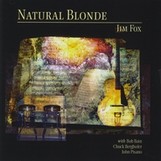 Talk about a guitar feast! Fox, a fixture in L.A.’s jazz and studio scenes, goes toe to toe with two giants of those same circles, a generation his senior (John Pisano and Bob Bain), and the result is a feather in each of their impressive caps.

Bain ranks as one of the most-heard guitarists in history, for his two decades with the “Tonight Show” orchestra and sessions ranging from Billie Holiday to every Rat Pack member to Henry Mancini (that’s him on the Peter Gunn theme). Here, the 85-year-old leaves no doubt that he can still stir up plenty of dust.

At merely 78, Pisano’s resume extends from his ’50s collaborations with the legendary Billy Bean and a stint with Chico Hamilton to his dozen albums backing Joe Pass and six years hosting the weekly Guitar Night at Spazio’s in L.A.

Fox, a veritable pup at 54, is fast building his own resume, which already runs the gamut from Bette Midler to symphony orchestras, from Rod Stewart to Big Bad Voodoo Daddy.

“Fascinating Rhythm” proves a perfect, energetic opener, with the three guitarists harmonizing the theme, then trading solos, displaying very different approaches to the Gershwin standard – Pisano’s bounciness, Bain a little greasier (with some funky double-stop bends), and Fox more cerebral. Each sports a very different tone, but all strike a welcome balance between warm lows and round, defined highs – with Schmitt ensuring an intimate, in-the-room feel.

The 10 cuts are split evenly between quartet arrangements and impressive solo showcases for Fox. Either way, jazz guitar at its best.