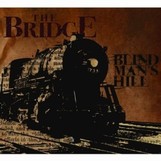 Singer/guitarist Cris Jacobs and singer/mandolinist Kenny Liner co-write the music for this Baltimore-based band. Jacobs writes songs with inherent soul. Whether slinky funk (like the opener, “Honey Bee”) or blues/rock with a ragtime feel (“Old White Lightning”) they ooze soul and taste. The latter even includes an understated wah solo. And though it would seem a contradiction in terms, it works perfectly.

Jacobs’ slinky, popping guitar through the former is about as simultaneously out-front and unobtrusive as a guitar part can get. His playing is never in the way, but the song couldn’t exist without it. Jacobs’ vocals are gutsy, gritty, and perfectly complement his writing.

It all mixes perfectly with the songs by Liner, whose “Dirtball Blues” is bluegrass/country heaven. He has a lighter, more airy voice than Jacobs and his lyrics tend to be a little funnier, often with an edge. His mandolin skills are excellent, and he complements Jacobs perfectly while soloing. While most of the songs with a country feel are written by Liner, Jacobs’ “country” solos are killer – check out his banjo rolls that kick off “Born Ramblin’.”

As long as bands like this are around, roots music will survive.