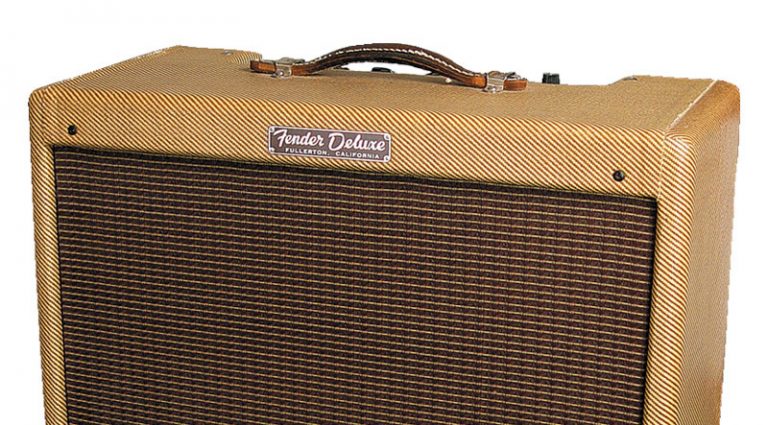 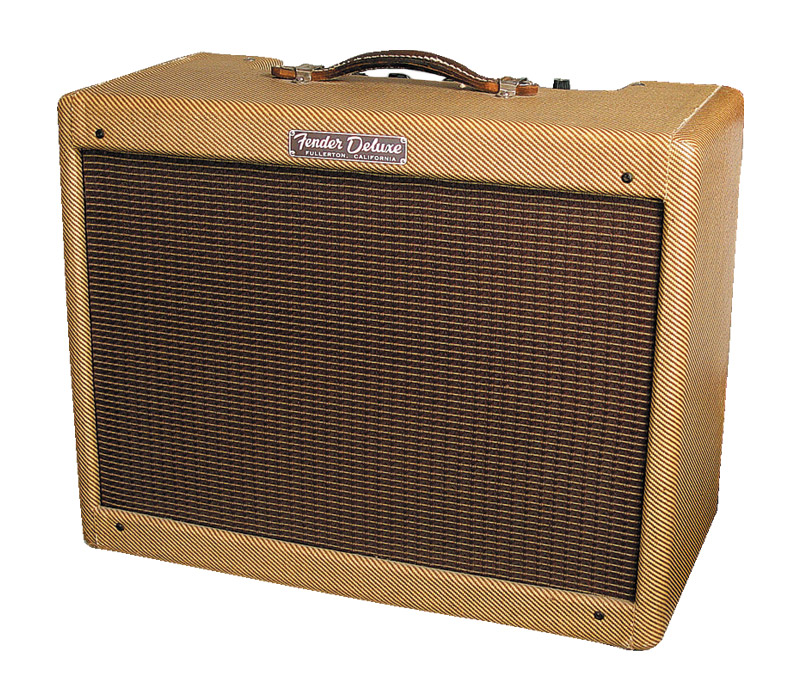 Ah, the glorious Nar-row-panel 5E3 tweed Fender Deluxe – such a ubiquitous design it would seem there’s no point detailing this formative tweedster. Hell, it’s in our blood, part of our shared consciousness, hardwired into every guitarist’s genetic memory. That may be, but it’s still too delectable a morsel to resist nibbling.

In the name of added value, however, let’s not only examine the tonal core of the 5E3 and discuss some of what makes it tick, but while we’re at it, let’s also look at what might be done to upgrade the format a little, to give it just a little more oomph for recording or small-gig situations. I speak not of modifying a vintage example – no, no, no – for that would be heresy at its very root. But the 5E3 circuit is probably the most popular template for homebrew amp projects, yet players often complain that they’d like a little more headroom/punch/volume/definition from it. So let’s check out the original first, then examine some upgrades.

The Deluxe name first appeared on Fender’s Model 26 “woodie” amps of 1946-’48, but we usually think of the line as beginning with the TV-front tweed amp that followed. Through the ’50s it moved via wide-panel to narrow-panel tweed cabinet, with circuit evolutions along the way, from 6SC7 octal preamp tubes and paraphase inverter (PI) to a nine-pin 12AY7 preamp tube and a 12AX7 in a split-load PI. The 5E3 circuit and narrow-panel cab arrived simultaneously in 1955, although the cab’s dimensions were soon increased by two inches in height and an inch in depth, to 16.

All Deluxes can be righteous little tone machines for blues and classic rock and roll, or old-school country with the volume reined in, but the 5E3 has become the most beloved of all for its extra little dose of chime, cut and clarity – although make no mistake, these little 15-watt 1×12″ combos will squash like rotten tomaters when you wind them up and hit them hard.

If, in the late ’50s, Fender had been thinking like a major amp maker’s marketing department circa 2008, it would have billed the tweed Deluxe as a “class A amp.” That’s essentially what it is, as far as the common use of the term goes, which is to say it’s as much of one as a Vox AC15. More definitively, it’s a cathode-biased 15-watt amp based on a pair of 6V6GT output tubes, with no negative feedback loop around the output stage, features that together help it sound hot, juicy, and saturated at relatively low volumes, with a pronounced yet rather compressed midrange hump aided by the 6V6s.

The Deluxe differs from the AC15, however, and from its big Fender siblings such as the Twin and Bassman, in its use of a split-load PI, a configuration that uses the first triode of a 12AX7 as a driver stage and the second to split the signal and invert the phase of the two legs that feed the output tubes. This was one of the most popular phase inverters for small to medium-sized amps of the late ’50s. Even the bigger tweed Super, Pro, and Bandmaster used this PI rather than the nobler long-tailed-pair, although of course they carried 6L6s, negative feedback loops, and were fixed-bias besides. The split-load PI adds its own distortion to the brew, the result being a warm, fuzzy mélange of tube overdrive that can get super-compressed and feel delightfully tactile – the perfect raw, low-volume vintage electric blues tone, some might say. Delightful in some circumstances, it can mush out entirely too quickly for some playing styles and doesn’t quite hold together enough for well-defined twang tones or speedy picking at any kind of volume, for example.

If that’s how your original 1955-’60 tweed Deluxe sounds, great. Cherish it, and plug into something else if you want more headroom. If you’re looking to build or commission your own custom-made rendition of a 5E3, however, as so many are these days, you can easily get a little more cut, punch, and headroom into this circuit without losing the smooth, tweedy breakup and addictive playability of the amp at full throttle. Consider these modifications to the stock circuit:

Try a 5U4, 5U4GB, or 5AR4 (GZ34) in place of the standard 5Y3. Not only will one of these give you a quicker attack and less squash (though any tube rectifier will usually still induce a tasty degree of compression), each will raise the DC voltages within the amp, in increasing degrees. While a standard 5E3 runs at around 340 to 350 volts DC on the plates of the 6V6s, get this up to about 365 to 380 VDC and you will get a lot more headroom and clarity out of the amp.

Power Filtering
Add a small choke to the power-filtering stage, and consider changing the first 16uF filter cap to a 30uF.

Bypass Cap
In place of the 25uF/25-volt bypass cap on the cathode of the output tubes (the cap in parallel with the bias resistor – which I’d make around 270 ohms instead of 250 ohms) try a 100uF/100-volt electrolytic cap.

Keep the 12AY7
Use an original-spec 12AY7 rather than the hotter 12AX7 so many guys use to heat up the preamps of these tweed amps (or simply because they can’t find good Y7s any more). The 12AY7 won’t filth up so quickly in the early stages of the amp, and pass a bolder and more full-frequencied signal to the output stage, where those cathode-biased 6V6s will still get plenty raw when you want them to.

Tight/Boost Switch
Move the grounded end of the bypass cap on the 12AY7’s cathode t o an on/off mini-toggle switch (taking the other terminal to ground), to make it a Boost function. Switched to “off” position, you’ll get more headroom. (You can do the same with the PI’s bypass cap, for “double boost” capabilities.)

“Big Up” the OT
You can even use a larger output transformer – one intended for a tweed Super or Pro – to use 6L6s with this amp, and still swap in 6V6s for earlier breakup.

Try a Celestion G12H-30 for a bigger voice and more aggression, or any speaker you like.
Bring these little mods on board, and you’ll really blow the dust off the geezers at the next blues jam.
Dave Hunter is an American musician and journalist who has worked in both Britain and the U.S. He’s a former editor of The Guitar Magazine (UK).