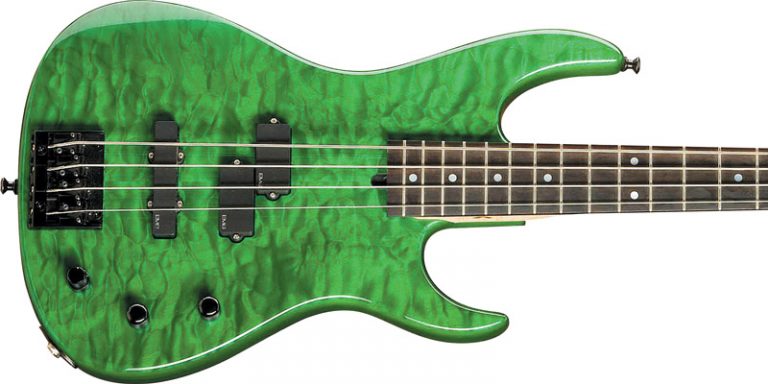 In 1969, when a North Hollywood guitar teacher named Duke Miller teamed up to start a music store with students Mike McGuire and Al Carness, the three likely didn’t envision the effort would evolve to become one of the premier repair shops in California.

But it did just that, thanks to a reputation that grew quickly and included a client list with names like Larry Carlton, Steve Lukather, and Lee Ritenour. Dubbed Valley Arts Guitars, the company spent the early and mid 1970s enjoying a prestige amongst repair joints, and in ’77 McGuire took the next step and built a guitar from scratch. The company continued to flourish even with a brief detour in 1992 when it was acquired by Samick. In 2003, Valley Arts became part of Gibson and today it lives under the umbrella as a custom instrument manufacturer in Conway, Arkansas.

For years, Valley Arts has worked with some of L.A.’s finest guitar players, so a transition to working with bassists like Leland Sklar and Abraham Laboriel was inevitable. It was these relationships that inspired the creation of the Custom Pro Bass.

Designed to cover a number of modern and classic styles, the Custom Pro has an Alder body with a figured maple top accented with custom touches like finish and hardware.
All Custom Pro basses use a Gotoh bridge that intonates very well and allows the user to string the bass through the body. Acoustically, its low end tone is fat and focused even without using the string-through option. With its Schaller tuners, our tester bass balanced well and has an even tuning ratio. The tuners sport a durable matte finish that complements the instrument’s overall look. The headstock is a bit bulky and has a “take it or leave it” look. Surprisingly, though Valley Arts found the sweet spot in the balance of putting as much mass in a headstock to improve tone without making the Custom Pro do a neck dive. This is partially due to the slightly smaller 7/8-sized body and slightly extended upper horn.

The bolt-on neck has a slightly wider profile than some Fender-inspired pieces, an ebony fingerboard, and lightly sanded finish that give it nice playability and a worn-in feel. Fret edges on our tester had been cut a little sharp on the high-end side, but overall the attention to detail was quite nice. Straight fingerstyle players may need a little time to acclimate to the Custom Pro’s neck profile, but its playability and low action make the transition worthwhile. Slap players, though will immediately benefit from the string spacing afforded by the wide-thin neck.

With both pickups on, the preamp set flat, and running through an Eden WT-405 with two D-410XST cabs, the BT preamp’s concentric bass knob allows for large low-end heft that would work well on gigs ranging from country to R&B. The maple top and ebony fingerboard mean the Custom Pro has plenty of inherent top-end, acoustically, so the preamp’s Treble control can turn harsh if boosted completely. For most applications treble sounds best when control is left flat, then boosted to accent slap playing.

In a real-world run around Nashville, the Custom Pro showed great versatility on different gigs. If you play modern country, the neck pickup tones resemble an older, well-rounded Precision Bass with a hint of modern clarity. The setting works great on soul and blues gigs, as well. The bridge pickup loses some of its heft when soloed and misses some of the Jaco bark that Fender bass players may be looking for. The key to the bridge pickup is blending it with the neck pickup via the Blend control. Running both pickups yields an extremely useful all-purpose tone that works well for fingerstyle, pick, and slap players. The pickups complement each other very well and really make this an all-purpose player’s bass with custom charm.

Overall, the Valley Arts Custom Pro is a well-conceived and executed instrument. Judging from its history of working with session and live players, Valley Arts has created a sleeper waiting to awake unto the world of groove. – Sean O’Bryan Smith