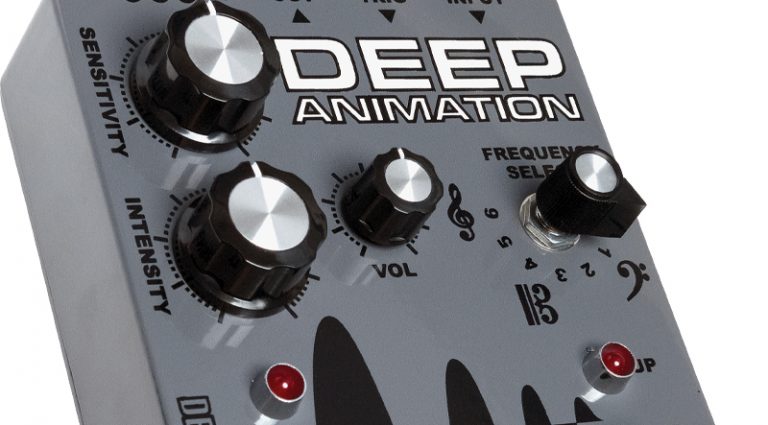 If you thought envelope filters died out after Jerry Garcia passed into the great beyond, think again. Submitted as proof – the Death By Audio Deep Animation.

Tested with a vintage Strat through a Princeton Reverb and a Les Paul reissue through a 50-watt small-box Marshall, the Deep Animation made an immediate impression in the way it relayed pick/finger attack to alter the dynamics of the effect. Its Frequency Selector lets the player shape tone by dialing in one of six frequency-range presets – from thin and trebly to deep bass. Positions 4 and 5 provided a level of midrange squonk that nicely shaped the notes.

The Sensitivity pot manages the point at which the filter kicks in, and Intensity allows the user to blend the effect with the natural signal. The Up/Down footswitch controls the direction the filter travels as it decays; Up sweeps the frequency from higher to lower.

A trigger input allows another instrument to be plugged in to engage filter sweep; a drum machine produced a sequencer-like effect that could readily serve as the foundation for an original piece of music.

As the volume of the Strat and Princeton were increased, the unit produced a variety of clean quacky “auto wah” sounds that would be perfect for funk-rhythm work. The box came alive through the cranked Marshall, producing incredibly rich harmonic overtones that would sound at home in hard rock and heavy metal, with voicing similar to a talkbox.

Deep Animation is a fully modern effect that produces a range of clean and overdriven tones with various levels of filter sweep that will work in many musical styles.