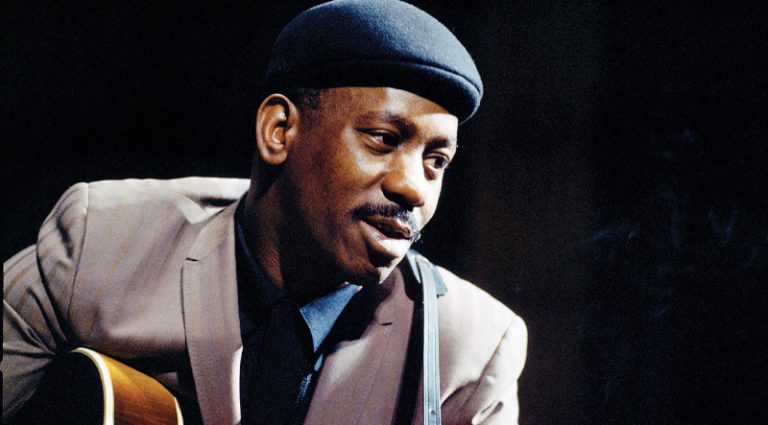 In broad strokes, jazz guitar can be split into two schools, deriving from arguably the greatest guitarists in the genre’s history: Charlie Christian and Django Reinhardt. But if there’s a third fork in the road, it’s Wes Montgomery, in terms of both influence and ability.

Montgomery has been misunderstood by a large segment of listeners only familiar with his commercial, orchestrated, pop side, like Wes’ octave-filled renditions of “Windy” and “Goin’ Out Of My Head.” But a little digging reveals his earlier Riverside albums, and 1965’s Smokin’ At The Half Note – one of the greatest albums of live jazz on any instrument.

In a 2016 VG feature interview, Pat Metheny declared, “I always have a couple of litmus tests over the years, one being the latter Wes Montgomery. Some people say, ‘Man, Wes really sold out with those CTI records; they’re terrible’” – referring to Montgomery’s Verve and A&M albums produced by Creed Taylor. “That’s some of the best Wes playing,” Metheny continued. “If you can’t hear how killin’ that is, then you are an idiot.”

There seems to be a double standard when it comes to musicians – be it jazzers scoring a pop hit or rockers’ music used in TV commercials (even though “jingle sessions” have supported some of the most accomplished musicians on earth). Conversely, for instance, Drew Carey began his career as a stand-up comedian (not the edgiest, but not the tamest either). He eventually got his own sitcom, “The Drew Carey Show”, and these days hosts “The Price Is Right” game show. If anyone’s calling him a sell-out, other comedians no doubt wish they were in his shoes.

With this live set from the same year as Half Note, the Resonance label has followed its Smokin’ In Seattle release from last year in fine style. Harold Mabern is on piano, instead of Wynton Kelly, but the interplay between him and Wes is no less inspired. The previously bootlegged set kicks off with “Four On Six,” which has become a challenging standard among jazz guitarists, followed by a 10-minute excursion into John Coltrane’s uptempo “Impressions.”

Montgomery & Co. (bassist Arthur Harper, drummer Jimmy Lovelace) are equally adept at the ballads “The Girl Next Door,” “Here’s That Rainy Day” given a Latin lilt, and “Round Midnight,” where the ensemble is joined by tenor sax great Johnny Griffin, who had expatriated to Europe. Griffin and Montgomery trading solos on “Blue ’N Boogie” epitomizes the freedom and excitement jazz is capable of.

Available on CD and vinyl, a deluxe edition includes a lavish booklet and a half-dozen photo “postcards” that Wes diehards will likely frame.