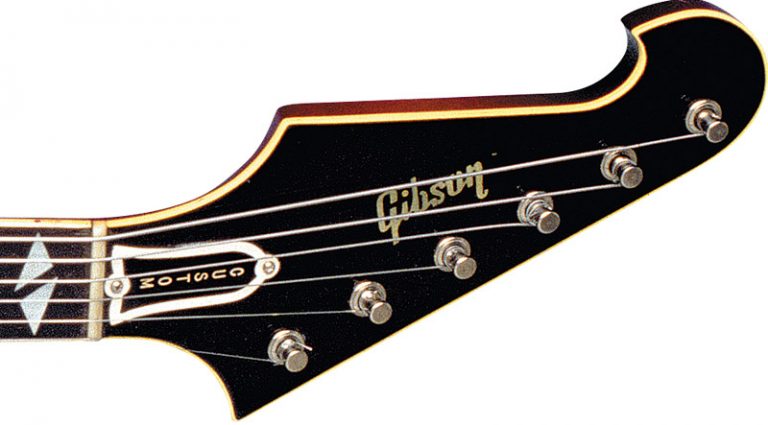 In the early 1960s, as Les Paul was leaving Gibson’s artist roster, the company recruited three of the most respected jazz guitarists to put their signatures on new “artist” model electrics.

With Johnny Smith, Tal Farlow, and Barney Kessel (plus the Everly Brothers in the acoustic line and Howard Roberts as an Epiphone artist), Gibson had more signature-model clout than all other guitar makers combined. The most successful Gibson signature artist of that decade, however, was not a jazz player, and not even a virtuoso guitarist. But he was more popular with radio audiences and record buyers than any of Gibson’s jazz giants, and in some years his Gibsons outsold all other signature models.

He was a young Mexican-American from Dallas named Trinidad “Trini” Lopez III. He was discovered by Frank Sinatra in a nightclub in Los Angeles, where he fronted a three-piece combo playing the recently introduced Gibson Barney Kessel Custom. In 1963, the Folk Boom was in full flower, and Lopez supercharged such folk staples as “If I Had a Hammer” and “Lemon Tree” with an infectious vocal treatment and an energetic electric guitar strumming style that he calls “the Trini beat.” The more serious folkies might have dismissed those records as opportunistic exploitations of folk music, but they represented a personal triumph for Lopez as a Latino artist who had to fight to use his own name on his earliest recordings, and they laid some of the groundwork for later Latin rock music. While folkies may have shuddered at Lopez’s treatment, pop audiences had the same positive reaction that his lounge audiences had. The result was pop stardom and not just one, but two Gibson signature models for Trini Lopez.

For a model to fit his personal preferences, Lopez simply added his own features to the Kessel he was already playing. Lopez also wanted a “rock model” to appeal more to younger rock and roll players, and he based that model on Gibson’s thin semi-hollowbody ES-335. The Kessel-based model became the Trini Lopez Deluxe, and the 335-based model became the Trini Lopez Standard.

The basic Kessel-style Deluxe had a unique body – a full-depth, double-cutaway archtop with Florentine horns. Lopez moved the pickup selector switch to the treble horn and added a standby switch on the bass horn. The 335-body Standard was thin and semi-hollow, with a solid block down the middle, so it was quite different from the Deluxe. Several Gibson signature artists had more than one model – Roy Smeck in the 1930s, Les Paul in the ’50s and early ’60s, and Barney Kessel beginning in 1961 – but no Gibson signature artist had ever put his name on two models as disparate in design as the two Lopez models. It’s a testament to how “hot” Lopez was at the time that Gibson would give him a model that was not identified with his artistry (the Standard). Lopez’s two models seemingly opened the door for other artists to branch out, among them Les Paul (with the semi-hollow Signature and flat-top Jumbo along with his classic solidbodies), Howard Roberts (carved-top models plus the semi-hollow Fusion), Chet Atkins (acoustic solidbody and Gretsch-inspired semi-hollows) and B.B. King (semi-hollow Lucille and the solidbody Blueshawk-based Little Lucille).

On both of his models, Lopez specified a headstock with six-on-a-side tuner configuration, a preference that he developed playing Fenders in his early years in Dallas. It’s hard to imagine Gibson agreeing to what was essentially a Fender-style headstock, except that Gibson had just introduced a six-on-a-side headstock in 1963 on the solidbody Firebird guitars. The Firebird headstock, with all of the tuners on the treble side, was “reversed” from conventional (Fender) design. Gibson exaggerated the Firebird headstock design slightly for the Lopez Deluxe model shown here, and it was fitted with banjo-style tuners, just as the Firebirds were. This is the only example of a Lopez we’ve seen with the reverse headstock, and it is also the earliest Lopez we’ve encountered, so if the reverse headstock were indeed meant to be the standard spec for the model, it was quickly changed to a “flipped over” version of the Firebird design, with all the tuners on the bass side. It was unique to the Lopez Standard and Deluxe when they appeared in late 1964, but only for a short time. In mid 1965, Gibson changed the Firebird headstocks to the Lopez style, with all of the tuners on the treble side, as a transitional move toward a new “non-reverse” Firebird style.

The signature mark on both Lopez models was the diamond ornamentation motif. The soundholes were diamond-shaped, and the fingerboard inlays were slashed diamonds. Although Gibson had used a stylized slashed-diamond with five pieces of inlay for many years on the headstocks of the Super 400 and Les Paul Custom, the motif had never appeared as a fingerboard inlay pattern until the Lopez models. Lopez’s inlay has since appeared on several Gibsons, including the Flying V 90, Explorer 90, and SG 90 of the late ’80s, the SG-Z of 1998, the recent ES-137 Custom, and the current SG Supreme.

Gibson introduced both Trini Lopez models just in time to ship three Standards and two Deluxes before the end of 1964. The Standard, with cherry finish, was priced at $375, just $20 more than a cherry-finish ES-335. The Deluxe, with cherry sunburst finish, was $645, which was $20 more than the Kessel Custom. The other signature electrics ranged from $465 for the Kessel Regular to $965 for the natural finish, double-pickup Johnny Smith. With its low price, the Lopez Standard was Gibson’s most successful artist model of the period. In 1966 and ’67, it sold 485 and 783 units, respectively – more than all the other artist models combined. Total production from 1964 to ’70 was 1,966, more than twice as many as any other artist model in the same period. The Deluxe was not nearly so popular, selling only 307 during the same period.

Gibson’s parent company, Chicago Musical Instrument, became the victim of a corporate takeover, and Gibson signature artists began falling by the wayside. Lopez was the first to go, and it probably came as no surprise. His last single to make Billboard’s top 40 was “I’m Comin’ Home, Cindy” in 1966, by which time he had moved into acting. He debuted in the 1965 Sinatra film Marriage on the Rocks, and his film career hit its highlight in ’67 with his role in the World War II movie The Dirty Dozen. By the end of the decade, folk and rock music had successfully merged, but the genre was worlds away from Lopez’s “rockin’ folk” style. Although some signature guitar models have endured after the artists themselves have faded from the spotlight (such as Gibson’s Les Paul and Byrdland), Lopez was not one of those artists. Nor were Tal Farlow, the Everlys or Barney Kessel, whose models would all be discontinued by 1974 (although the Everlys would be reissued in the ’80s and the Farlow in the ’90s.)

Although Lopez never made the U.S. pop charts again, he went on to record over 50 albums and be inducted into the Las Vegas Casino Hall of Fame. He still has a strong international following, and his Gibson models continue to hold their own in the vintage market. The Trini Lopez Standard’s basic ES-335 design ensures that it will always appeal to players. And the Trini Lopez Deluxe offers rarity as well as distinctive design – and it’s the guitar Lopez still uses onstage.

This article originally appeared in VG‘s December 2006 issue. All copyrights are by the author and Vintage Guitar magazine. Unauthorized replication or use is strictly prohibited.