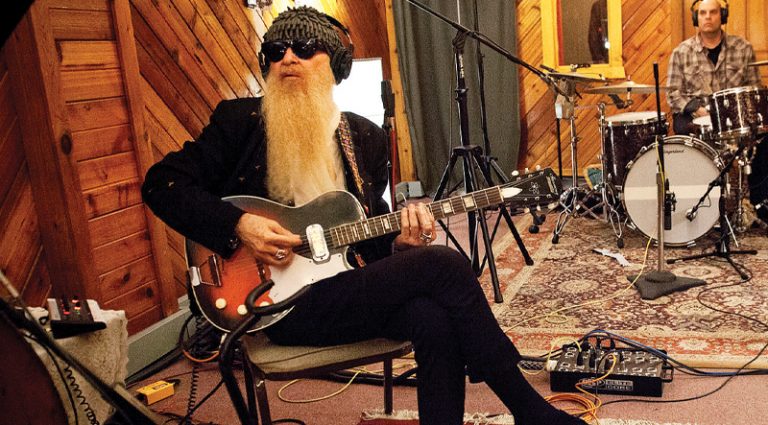 In an essay for Guitar Player magazine in 1977, Frank Zappa said of Elmore James, “Even though Elmore tended to play the same famous lick on every record, I got the feeling that he meant it.”

The famous slide lick Zappa referred to, which he later imitated as “reedleleedeedelee-deedelee-deedelee-deedee,” provided the intro to James’ best-known song, “Dust My Broom,” as well as “I Believe,” “Standing At The Crossroads,” “Early In The Morning,” “Happy Home,” “Lost Woman Blues,” “Sunnyland Train,” “Coming Home,” “My Baby’s Gone,” and others.

James wasn’t limited to bottleneck shuffles. He employed a variety of rhythms, including boogie, mambo, and jump, along with impassioned slow blues, like “Something Inside Of Me,” “My Best Friend,” and the classics “It Hurts Me Too” and “The Sky Is Crying.” And yes, whatever the format or sentiment, few blues singers delivered with as much feeling and commitment.

Strange Angels pays tribute to the slide master and blues icon – though it’s named for one of the rare songs where James did not play slide (Jimmy Spruill played lead instead). Produced by drummer Marco Giovino, it features an odd mix of artists, from bluesers Keb Mo’ and Billy Gibbons to country stars Jamey Johnson and Rodney Crowell. The results are mixed but interesting.

Assumedly in an effort to illustrate that James did not “play the same famous lick on every record,” the repertoire doesn’t include a single song featuring Elmore’s trademark riff in its usual setting – which is a bit unfortunate. Even “Dust My Broom,” sung by Deborah Bonham (John Bonham’s sister), features Duke Levine playing the slide lick, but over a herky-jerky groove, instead of Elmore’s typically kicking shuffle.

One of the strongest tracks finds Tom Jones belting “Done Somebody Wrong” (an early cover by the Yardbirds) with bass legend Larry Taylor’s slide trading solos with guitarist Rick Holmstrom, who shows up on three other cuts, including the instrumental “Bobby’s Rock,” featuring Doug Lancio on slide. Perhaps the most authentic backing is provided by G.E. Smith’s slide and John Leventhal’s baritone rhythm on “Person To Person,” sung by Bettye LaVette.

Warren Haynes’ slide backs Johnson nicely on “It Hurts Me Too,” and he’s one-third of the slide fest on “Mean Mistreatin’ Mama” – the other two being Gibbons and pedal steeler Cowboy Eddie Long. But Crowell’s take on “Shake Your Money-Maker” is inexplicably lightweight, and Elmore isn’t rolling in his grave over the close-harmony duet of Shelby Lynne and Allison Moorer on the title tune, but he must be scratching his head.

Missteps aside, it’s wonderful to have stars of different genres pay tribute to one of the blues’ most distinctive voices. Even better, all profits go to MusiCares and Edible Schoolyard NYC.