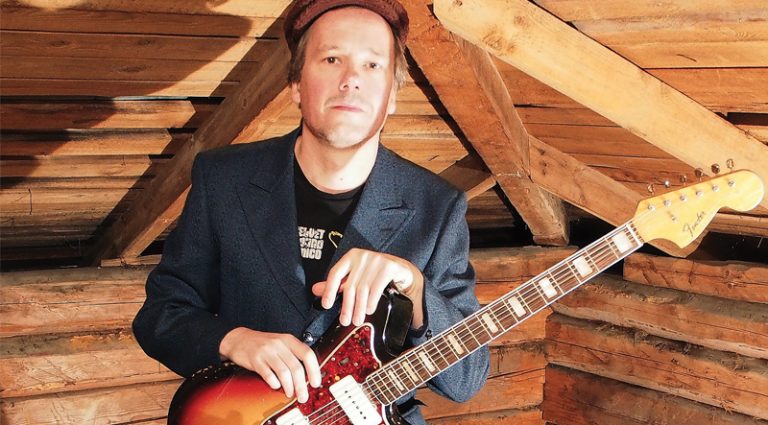 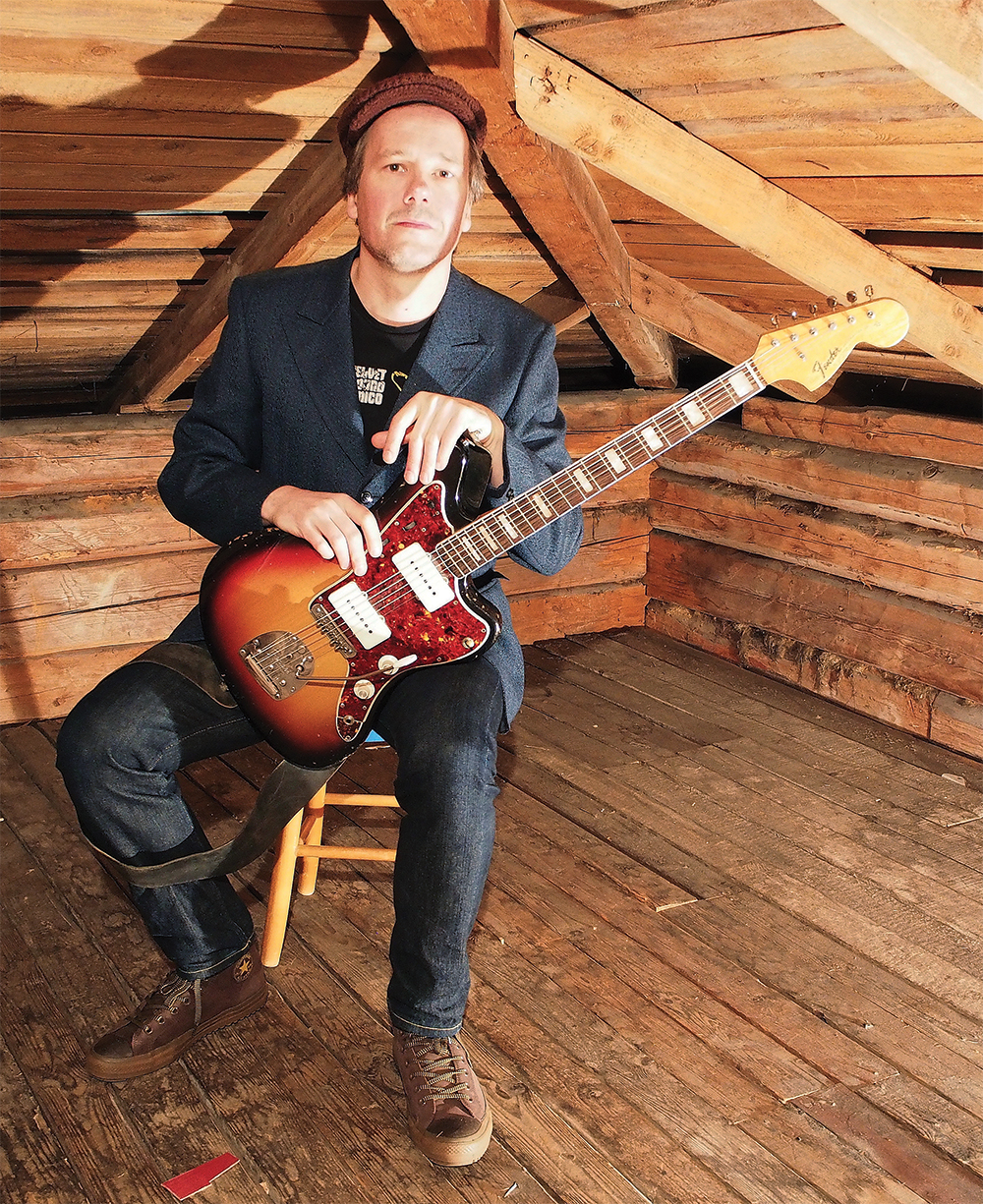 There’s a vibrant instro-guitar scene in Finland and among its chief architects is Jussi Jaakonaho. Well known as a producer and engineer, his first solo album, Ghost Riot, is a gem of suspenseful twang and vintage tones. VG caught up with Jussi in his Helsinki studio to learn more.

What made you cut a guitar-oriented solo album at this point in your career?

I wanted to get back to the original spark, trying to understand the moods and colors that inspired me to make music. One of the first records that I remember from my childhood is a Shadows hit compilation my father owned. The sound of Hank Marvin’s guitar playing lead melodies just stuck with me. One of the most legendary guitarists in Finland is Esa Pulliainen, and he was also a very big influence when I started as a teenager.

There’s a lot of “suspense” in your music, with flatted fifth notes and major sevenths over minor chords.

I like suspension in music. Classically, it seems that ultimately it would be necessary to give the listener release after the suspense. I often prefer not to have the release – I like musical stories that don’t have a clear ending, when things just kind of dissolve.

Is there a natural connection between surf, old Hollywood soundtracks, and the Finnish ’60s instro music called “rautalanka?”

Yes, it’s the clear, simple lead melodies played on an instrument rather than sung. The electric guitar is a really expressive instrument for that, as it possesses range, power, dynamics and versatility. Rautalanka music was basically instrumental versions of classic folk songs or the hits of the day played on an electric guitar. It has a lot of similarities with surf music.

Who were a few of your key guitar influences?

What is the stringed instrument at the beginning of “Zelig”? Sounds like a tiny 12-string acoustic.

It’s a Brazilian cavaco, or cavaquinho, which is originally a Portuguese instrument about the size of an ukulele but with steel strings. It was used a lot in Brazil, Portugal, and Cape Verde. I also used a 2007 K. Yairi jumbo-baritone acoustic guitar in an open tuning – Db-Gb-Db-Gb-Db–Gb.

“Secret Sauce” has a sick fuzz tone out front.

Yes, the lead fuzz guitar melody has the sickest signal path I’ve ever used for a track. I just got carried away, but I love the result! It’s my ’76 Rickenbacker 481 guitar into UTA Vari-Cap cable, Mad Professor Red Cable, Xotic X-Blender with an Emma DiscumBOBulator and Snarling Dogs Very-Tone in the loop, a Lehle Volume Pedal, Nemesis Delay, Catalinbread Topanga, Binson Echorec, Hallmark Nu-Fuzz, and an Api A2D Mic Pre. There’s no amp!

Is the Jazzmaster your main guitar?

Yes, it’s a ’66 sunburst and it was missing the vibrato bar when I got it. The lacquer from the back of the neck had been sanded off, and the neck also had a tendency to get too straight. During the years, I’ve tamed it – sometimes too strong-handed when I was young and hot-tempered, but it just gets better and better. The only modification I’ve done is the Mastery bridge, which makes the vibrato even better, and I replaced the volume pot to 250K. The original was too bright.

Which vintage guitars, amps, and other gear did you use on the album?

Do you play this music live?

Yes, I’ve played it live and will continue doing so. My band is a trio, so it’s really interesting to get all the colors of the music realized, but I think we’re doing a pretty good job with it. All in all, the guitar scene in Helsinki and around Finland is insanely great. The level of musicianship here is just crazy, as the level of musical education in Finland is really high. World-class players in all genres. We Finns tend to be too modest and introverted with our achievements, and it’s not easy to get international attention from this corner of the planet. But our scene is great – come and see!