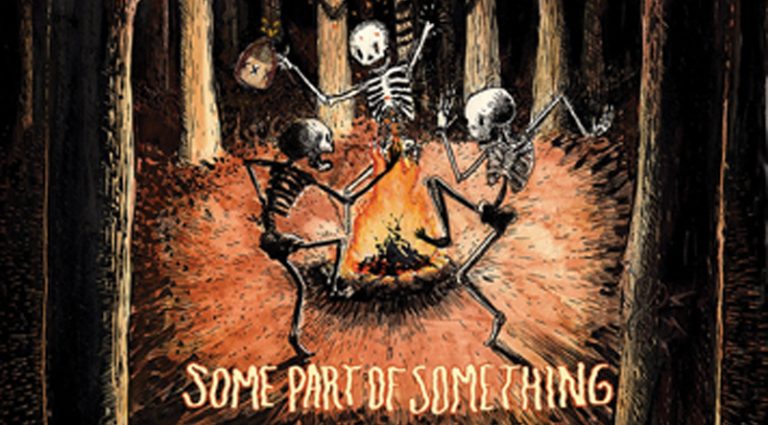 Whiskey Shivers’ instrumentation, the basic construction of their songs, and lightning fast picking mean you could call this a bluegrass band. But the ensemble takes things one step beyond.

“Like A Stone” ruminates love and loss but, played at the band’s usual breakneck pace, it seems to outrun its own emotions. “Red Rocking Chair” is a minor-key exploration of similar themes but is a stirring, emotionally dense downshift to a more sober speed and made all the more haunting by Bobby Fitzgerald’s fiddle and vocal and some impressively emotive banjo from James Bookert.

Guitar player Jeffrey Hortillosa stands out on “Angela Barker,” a semi-instrumental roller-coaster ride that sounds like a Highland warrior drinking song might if the booze were heavily spiked with caffeine energy drinks.

Elements of bluegrass had been around long before Bill Monroe and others helped codify it, but it’s a relatively recent 20th-century construction that rattled a few square heads in its youth. By pushing beyond the bounds of the comfortably familiar, Whiskey Shivers may actually be one of the most traditional bluegrass outfits around.