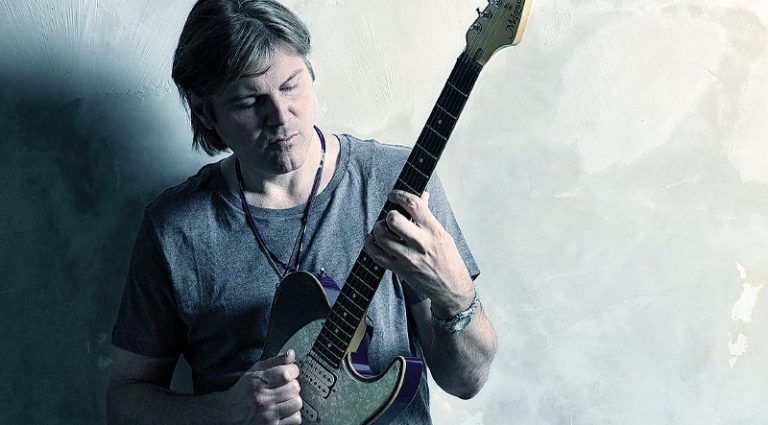 Shane Theriot’s new album, Still Motion, is more stripped-down funky “jazz trio” than the lush soul he helps create as musical director for Hall and Oates. And that’s exactly what he was looking to do.

“There were multiple reasons. First, I like the space on those beautiful ECM records,” Theriot said, referencing the label Manfred Eicher founded that features airy, atmospheric records by varying artists, including Pat Metheny, Jan Garbarek, and many more. “It can be uncomfortable because it’s like tension, and I wanted to see if I could pull it off. Also, other records I’ve done have been difficult to replicate live. This one, I can play with a trio and accent with a horn or keyboard. The idea is to have multiple rhythm sections, just like the record.”

Jim Keltner and Kirk Covington played drums on the record, and Nate Wood or Chris Maresh were on bass. The third rhythm section was folks he plays with in New Orleans – James Singleton on bass and Johnny Vidacovich on drums. Obviously, the variation affects how tunes develop.

“Before I started hanging out so much in New York, working on [“Live From Daryl’s House”], I’d started rehearsing the trio in New Orleans, so I thought I’d go back and record some. Then I went to Austin and worked with Kirk. It took about a year to put it all together.”

“Just Sco Away” was inspired by a friend.

“John Scofield and I were neighbors for a couple of years and became good friends. I had this track that reminded me of one of his tunes. Plus, he gave me one of his signature Ibanez guitars, and I used that guitar on that track.”

“Gerard Melancon builds really amazing instruments. I’ve been playing his stuff for years and I’m really happy with it.”

Among the instruments from the Louisiana company is a Custom T Artist with humbuckers and a single-coil in the middle. “It’s really versatile,” said Theriot.

The Hall and Oates tour has seen him use his ’71 Marshall Super Lead, which draws plenty of compliments, including from Cheap Trick’s Tom Petersson. In the studio, he also used an old Fender Deluxe, a Dr. Z Maz 18 Jr., and a Fuchs Bassman ODS.

When his schedule allows, Theriot takes on work producing other artists, and the list was recently amended with a certain high-profile singer/songwriter…

“I’m co-producing Daryl’s new record,” he said. “It’s soulful and funky, and I think people will love it.”