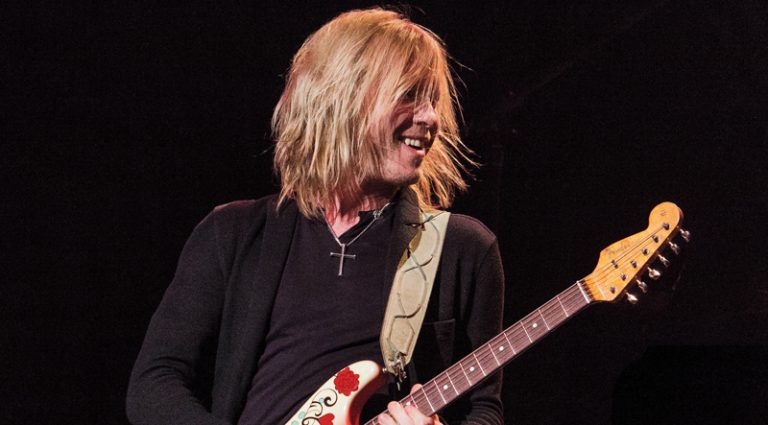 Blues-rock suffered a blow in 1990 with the death of Stevie Ray Vaughan. But later in the decade, a crop of young guitarists emerged, versed in the style. One of them was Kenny Wayne Shepherd, whose 1998 hit “Blue on Black” launched a career that has never slowed, as evidenced by the recent release of his 10th album, Lay It on Down. The singer/guitarist talked to Vintage Guitar about the new album, his setup, and playing in a band called the Rides with a(nother) guitar legend.

Which guitars did you use for Lay It on Down?

As far as vintage stuff goes, I used three Strats – my ’61, ’59, and ’58. I also used several Custom Shop Strats built for me over the years by J.W. Black and Todd Krause, and some of my signature Strats, as well. I used Gibsons, also, but not necessarily vintage, like my Les Paul from the Custom Shop that I use a lot with the Rides. They sent me a Les Paul Axcess that I used on a couple of songs, and a Custom Shop Firebird VII. The acoustics were my signature series done with Martin back in 2000, and one by L Benito. They’re no longer in business, but Lito Benito made guitars out of 3,000-year-old wood from the bottom of a lake in Chile. They’re unique-sounding instruments, and I used it on the majority of the acoustic tracks.

Which effects and amps do we hear?

Mostly, it was a Custom Audio Electronics wah, an Ibanez TS9, Analog Man King of Tone pedal, and an Analog Man Bi-Chorus. I also have a couple of original Univibes, and one allegedly belonged to Jimi Hendrix. The analog delay is a Delay Llama by Jam Pedals, out of Greece. And I used a Roger Mayer Octavia. I tried to use guitar and amp most of the album, then one of those pedals here and there to give it a little color. But the majority is guitar straight into the amp.

The amplifiers are a ’65 blackface Bandmaster that has been gutted and re-done by Alexander Dumble – all of the amps I’ve been using were re-done by him. So he calls that the Ultraphonix Bandmaster. I have a blackface Pro Reverb with his Rockphonics circuit and the Ultraphonix circuit. I also have a tweed bass amp, a ’59 Bassman he calls the Slidewinder, a tweed Deluxe called the Tweedle-Dee, and a couple of original Vibroverbs; he does to those what he thinks the next generation of Fender circuit design for the blackface amps would have been.

Those were all the amps. We’d pick and choose a combination of two or three running at the same time and create a blend. 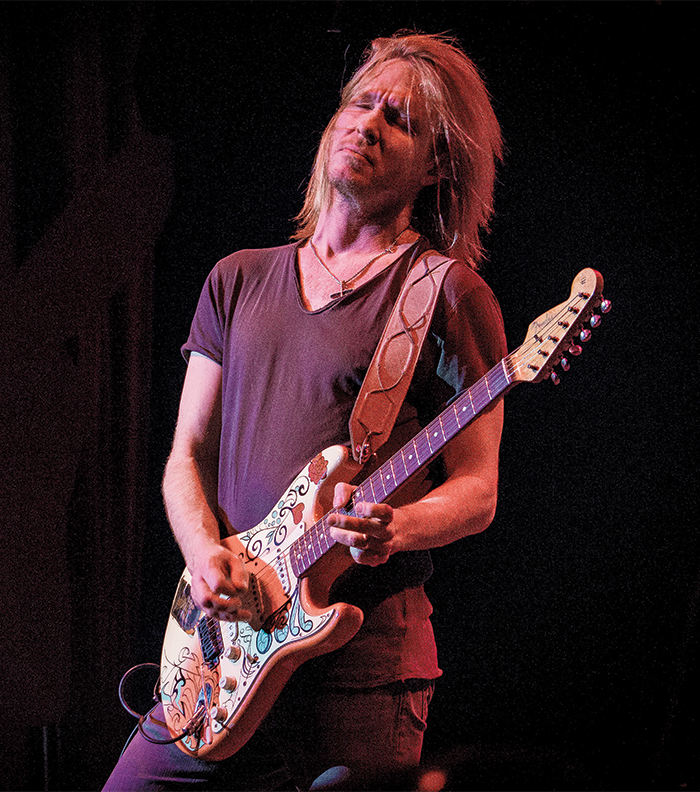 Do you have a particular favorite solo on Lay It on Down?

I like the one on “Lay It on Down” because it’s acoustic. I haven’t done that a lot on albums over the years, so it’s different. And it’s a really melodic composition, so the solo isn’t a lot of notes burning the house down. It was an opportunity to play something that really supports the song.

How is it playing alongside Stephen Stills in the Rides?

It’s awesome. He’s one of the greatest songwriters and musicians of our time, and I’ve learned a lot. He’s like a brother, so we have a really unique relationship. That’s the best part of the whole deal – our personal relationship. But making records, writing songs, playing live with him, and getting in his head about how he approaches telling stories through music, and performing it… He’s a wealth of knowledge and experience. I never consider myself unteachable or that I’ve gotten to the point where I don’t have anything else to learn. I soak it up as much as possible.