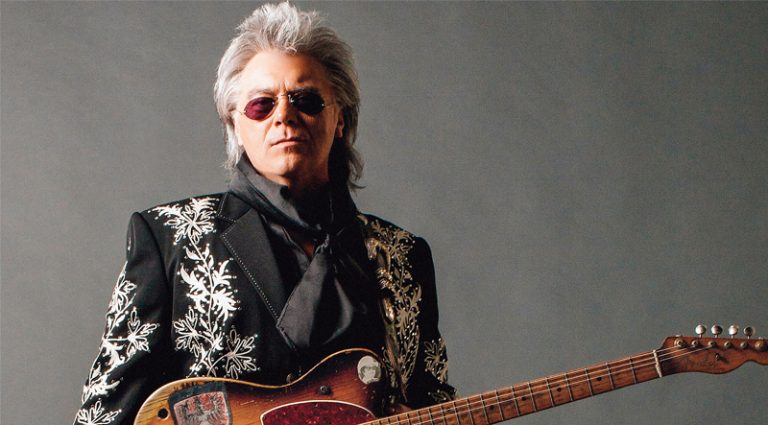 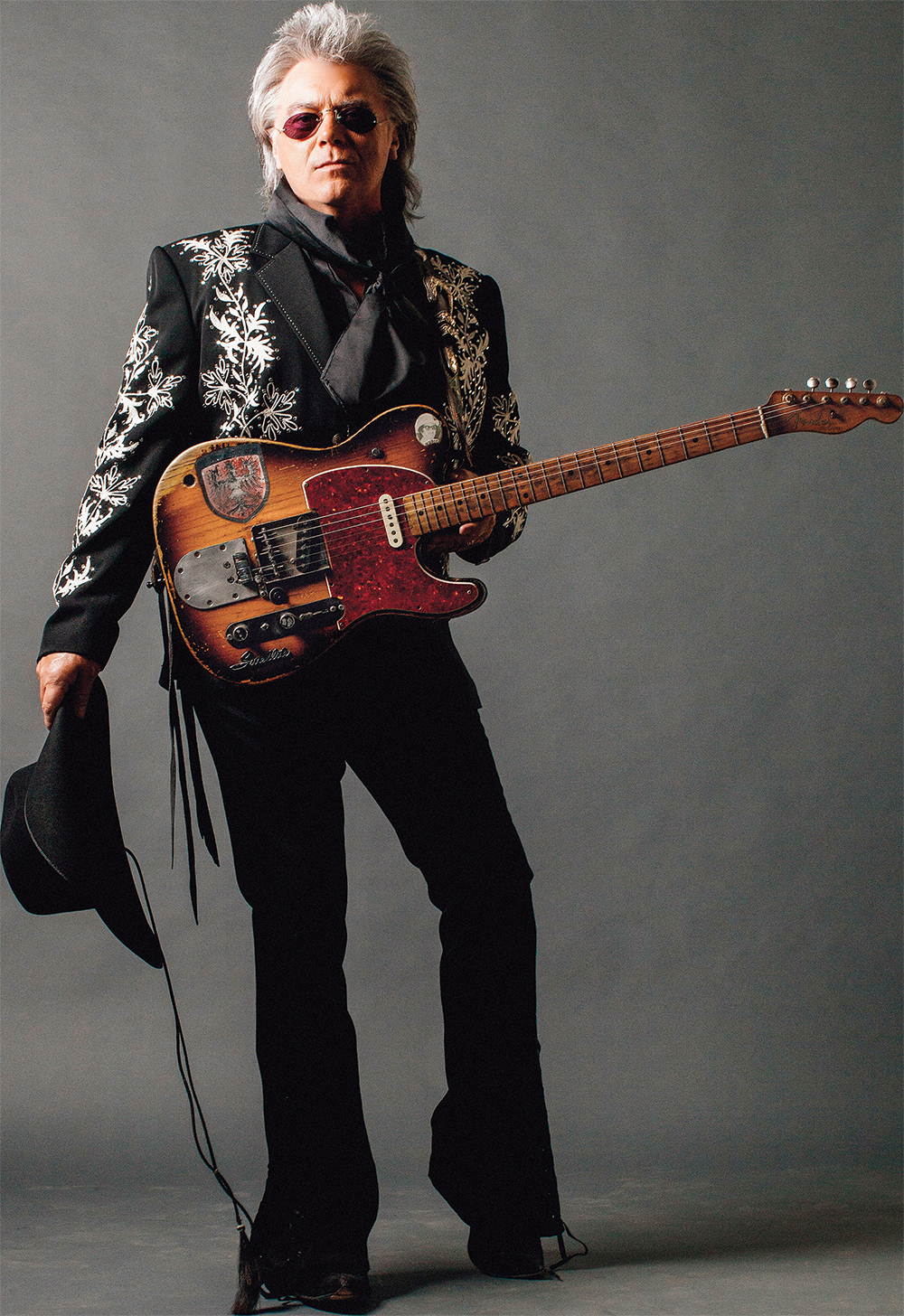 For 30-plus years, Marty Stuart has blended traditional country, rockabilly, and honky-tonk into a potent mix. Following stints as a sideman with Lester Flatt, Vassar Clements, and Roland White, he was a breath of fresh air in Nashville in the late 1980s.

These days, Stuart is on a roll, fronting The Fabulous Superlatives, releasing well-received albums, touring, and hosting “The Marty Stuart Show” on RFD-TV. Stuart has also built a phenomenal collection of country music memorabilia, including Clarence White’s sunburst Telecaster, the first guitar equipped with a B Bender (VG, April ’04). Stuart’s latest album is Way Out West.

Beyond Clarence White’s Tele, you use other guitars formerly owned by well-known pickers.

You’ve also earned praise for your collection of country-music memorabilia.

I started that from my bedroom at my parents’ home in Philadelphia, Mississippi. I’d buy records and get autographs, buy autographed 8x10s, and ask band members for guitar picks. Later, when I was in Lester Flatt’s band, they’d throw away set lists or neckties with too much makeup after too many TV shows, and I’d ask for them. In the ’80s, the treasures of old-time country music were being thrown away in thrift shops and yard sales around Nashville. To me, it was a sin, so I started buying, trading, and swapping. The Marty Stuart Center and Congress of Country Music Hall is now being designed, and funds are being raised for a permanent display there. We have over 20,000 items, including Johnny Cash’s first black performance suit and Hank Williams’ hand-written lyrics to “I Saw The Light.”

What’s in your current rig – amp and pedals?

I play a silverface Fender Deluxe I bought from Studio Instrument Rentals (SIR) in Los Angeles. It’s a dream amp – the finest I’ve ever owned. I have a power boost pedal, and that’s all I use.

What was the motivation for a concept album about the Mojave Desert?

Way Out West is a cosmic journey through the Mojave, set to a “twangified” end of rock-and-roll and country music. It’s a very cinematic record, and the Mojave seemed like the perfect setting. The sky’s the limit out there. If you can think up a good song and story line, the Mojave is a great location to place it.

The Fabulous Superlatives is full of great players. Obviously, you love working with them

It’s a dream band, hands down. We’re 17 years old now, and it’s the most fun I’ve ever had playing music, period. I originally saw Kenny Vaughan playing with Lucinda Williams on “Austin City Limits” and loved his playing. I’d been working with Harry Stinson on drums, so we got him. I knew from the first rehearsal that this was a divinely ordained band. I’m not smart enough to have put this together!