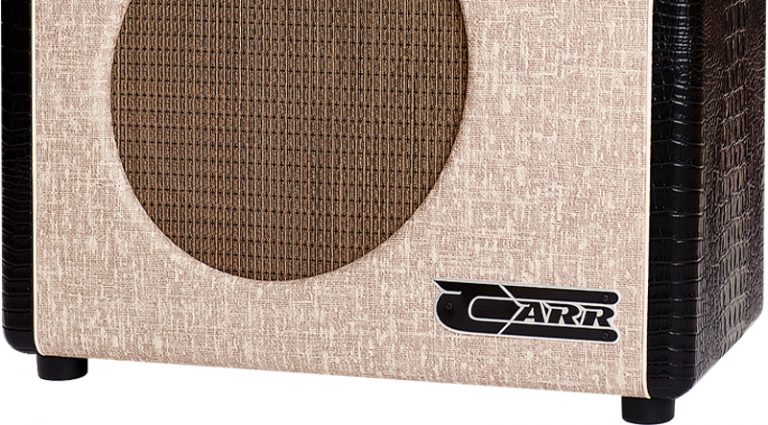 Back in June 2003, Carr’s original eight-watt Mercury combo earned high praise in VG for its top-of-the-line components, attention to detail, and wide-ranging “Tone of the Gods” voicing. Recently, Steve Carr introduced a beefier 16-watt version of the Mercury in both 1×12 combo (as tested) and standalone head versions. These reincarnated and revved-up Mercury V roar out of Valhalla (actually, Pittsboro, North Carolina) in all the splendor and 1950s automotive vibe of the original, but this time sporting a few new surprises under the hood.

That original Mercury was one of the early amps to include a built-in attenuator, and the Mercury V retains this useful feature with the added benefit of a line-level out that can be sent to a digital recorder or a mixing board, whether or not the attenuator is engaged. The line-out signal is tailored to simulate a speaker roll-off and response suitable for a PA system or silent recording. The attenuator can also be switched out of the signal path for an undiluted 16 watts of power, or switched in for an adjustable range of zero to four watts.

The Mercury V excels at delivering a range of classic ’60s British tones. Its built-in spring reverb and three-position Boost switch provide an incredible range of amp colorings and a high degree of touch-sensitivity. With a Filter’Tron-equipped Gretsch, the Mercury V delivered remarkable top-boost AC30 Liverpool chime. Plug in a Les Paul, and 1966 Bluesbreaker snarl pumps out of the Celestion Creamback speaker.

Another cool thing about the Mercury V combo is its ability to closely reproduce the classic sound of a modded four-input British stack in a simple, compact format. It does this via a toggle that changes the input bridging between Parallel and Series mode, allowing for a variety of bright and bass combinations. In parallel, each Volume control uses its own tube gain stage. In series, the guitar signal runs first into the High Volume gain stage and then into the Low Volume gain stage before hitting the rest of the amp’s circuitry. The result is a whole lot more overdrive capability. No pedals required! In fact, there is not effects loop or footswitch jack, but the chassis controls are straightforward and easy to understand – more gain, more reverb, more volume.

As would be expected from a highly regarded builder, Carr uses top-end components and impeccable construction. The cabinet is North Carolina yellow pine. Two push/pull, self-biasing 6V6s populate the power stage. Jupiter mustard signal caps and high-quality cables and wires, combined with a clean, hand-wired chassis, result in an incredibly quiet amp, even when the guitar cord is unplugged and laying on the floor! A speaker extension jack in the back accommodates an outboard 8-ohm load. Both Mercury V’s come standard in black tolex, but Carr offers several color and cover options for an additional price. And one of the great advantages of owning an amp from a well-established boutique builder is the after-purchase service that Carr can provide.

The Mercury V combo, for all its bedroom-level capabilities, can be amazingly loud when cranking all 16 watts. It will more than hold its own in most gigging situations and is well-suited for mic’ing up (or running the line-level directly to the mixing board). In fact, in many ways, the Mercury V combo is the ideal gigging, recording, and practice amp, delivering an incredibly wide range of honest-to-goodness tube tones in a single, relatively lightweight 40-pound package. A great many players will likely find that it is the only amp they will ever need.

Blues Guitars On A Budget