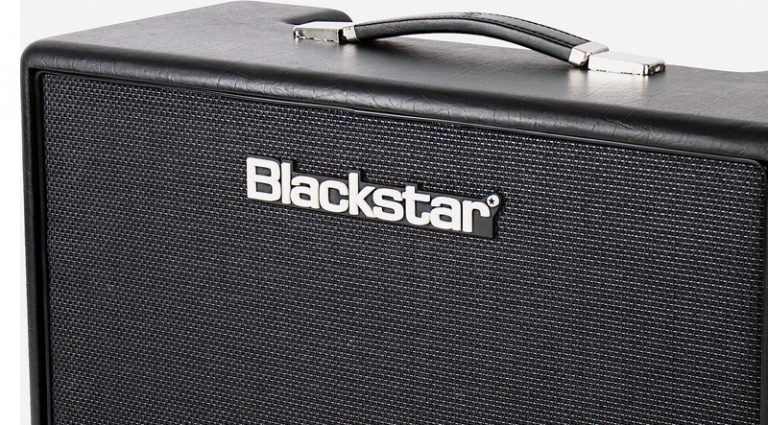 Blackstar’s Artist 15 is a British amp with an American accent. Though designed and built around good ol’ American-flavored 6L6 tubes, its sonic qualities feature that glorious jangly, chimey sound of classic British Class A amps.

Best of all, the amp’s unique ISF control lets the user dial between the two voices – or set it in the middle for the best of both worlds.

The Artist series (which also includes a 30-watt big brother) runs the 6L6s in an open-loop circuit designed to provide that lovely treble while also accentuating the bass response. In addition, the configuration results in more gain, pushing the power amp’s distortion into a creamy grind when needed.

The amp has two channels. Channel 1 offers stripped-down drive with no frills – just Volume and Tone controls for an honest, straight-to-the-heart sound.

Channel 2 is all about options. Along with a Gain knob and Equalisation (using the British spelling), there’s Blackstar’s aforementioned patented ISF control. Spun to the U.S. tones, this channel yields a tightened lower end and emphasis on the treble with plenty of in-your-face presence. Dial it clockwise and head for English waters with lows and mids beefed up for warmth. Or go clean or crunchy (think vintage Vox or Marshall).

The Blackstar’s capabilities were probed with a ’65 Rickenbacker 360, a guitar well-known for providing both classic American and British sounds. The 15-watter immediately boosted the guitar’s voice and magnified its clarity.

On the Brit ISF setting, the tone was solid Beatles; a warm shimmer overdriving slightly as the Loud knob was turned up. Wonderful. On the Yank setting, the amp did a fine CCR impression with plenty of bluesy growl when the 360 was attacked hard.

The Artist 15 has nice gain for front-ending pedals as well, especially vintage stompboxes that need a helping hand. A dual-level loop on the back allows players to run effects in a return-and-send. The amp also has a built-in digital reverb with Dark and Light switches for more flexibility than most spring units.

The only suggestions? A standby switch would be lovely (the Artist 30 does have one). And the amp’s not lightweight, though this weight is quality heft – the cabinet and componentry feel rock-solid. And that stealthy black-leather styling is way cool, like a Hiwatt dressed in an Armani suit.

As an all ’rounder, the Artist will have your back.