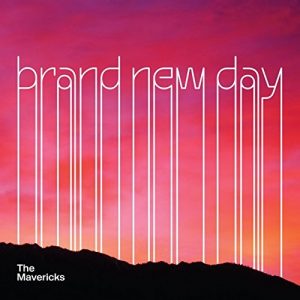 Malo’s original tunes remain powerful and eclectic, beginning with the jaunty tejano-bluegrass fusion “Rollin’ Along,” its driving rhythms enhanced by horns, fiddles, and banjoist Scott Vestal. The band’s sound continues to reflect Malo’s vision, offering a sound both cohesive and diverse – their trademark for over two decades.

Perez demonstrates his versatility in both the ensemble and as an occasional soloist. He adds embellishments and rhythm licks in all the right places. His punchy rhythms propel the glossy, ’50s-flavored mambo “Easy As It Seems” and the shuffle “I Think Of You” with its flawless, subtle embellishments.

When Perez does step out to solo, his tight, intense breaks add a powerful edge. On “Damned If You Do,” his slashing, chord-driven intro paves the way for Malo’s fiery vocal, and he unleashes another short break in the middle. He does the same on the smoldering title song and injects a brief, screaming break to the R&B tinged “Ride With Me.”