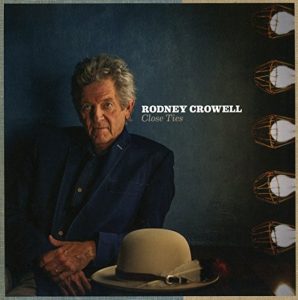 Rodney Crowell, who gained fame during country’s New Traditional era of the 1980s, has always drawn from his personal life for inspiration. He doubled down on that on his 2001 album The Houston Kid and continued a decade later in his autobiography Chinaberry Sidewalks.

This new album continues that approach. Co-producers Jordan Lehning and Kim Buie enhanced Crowell’s storytelling by framing him within a minimalist sound, occasionally boosting it with a string quartet arranged by Lehning, who plays occasional guitar. Rosanne Cash (Crowell’s ex-wife) and John Paul White add vocals to the reflective “It Ain’t Over Yet.”