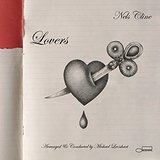 The Replacements – Tim, Pleased To Meet Me, Don’t Tell A...