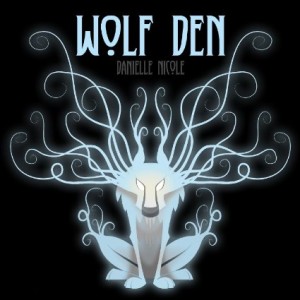 As bassist and vocalist of the sibling group, Trampled Under Foot, Danielle Nicole helped her brothers play stomping blues and R&B that was authentic and rollicking. On her solo debut she leans more to the soul side of things with the help of producer and co-writer Anders Osborne and a crack band that features drummer Stanton Moore and guitarist Luther Dickinson for three cuts.

The title cut kicks things off and the smoldering funky rock and soul is the perfect showcase for her husky, soulful vocals and the band’s ability to groove in a sweaty way that seems effortless.

Make no mistake, while Osborne plays great guitar throughout along with Dickinson, it’s Nicole’s voice that is the star. Whether the subtle boogie of “Easin’ Into The Night” or the uptown soul of “Just Give Me Tonight,” she’s as good a vocalist as this generation has for this kind of music.

Let’s not forget her bass playing either. She and Osborne lock in on “How You Gonna Do Me Like That” and form an impenetrable wall of R&B.

The songs are all well-written, mostly by Nicole and Osborne together. The band is tight and soulful. And she sings like a roadhouse angel. One of the year’s best records so far.