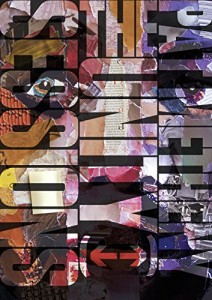 This film of Pat Metheny’s talented Unity Band is another gem in his long career, featuring both live performances and insightful interviews. The Unity quintet is more of a straight-ahead jazz ensemble than the Pat Metheny Group, featuring the fierce tenor sax of virtuoso Chris Potter, but Metheny’s uncanny style and chorus-inflected tone still dwell within the fusion universe. Listen to Genealogy” or “On Day One” for the dizzying, melodic solos that have long been Pat’s hallmark, as well as contributions from gifted bassist Ben Williams.

Metheny begins the ballad “This Belongs To You” by quietly playing solo on his Ibanez archtop guitar, reminding us what a monster he is at fingerstyle chordal work. Grabbing a flatpick, his solo on the track is a weeper and gives us a chance to observe the unique way he holds a pick.

On “Kin,” Pat brings out his Roland/Synclavier guitar synthesizer – which some fans love and others hate – but it shows us that Metheny is about the only major guitarist with a truly identifiable guit-synth tone. He also brings out his 42-string Manzer Pikasso acoustic for “Come And See” and, like the rest of this superb DVD, it’s breathtaking in every way.

Zac Harmon – From the Root