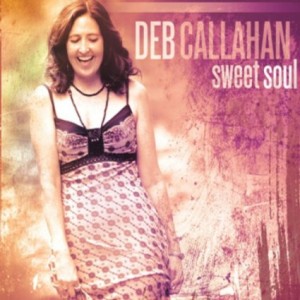 Live shows from Callahan and band have been knocking out East Coast crowds for some time. The group also knows how to work it in a recording studio where some of the best live bands can lose their mojo without the feedback of an audience.

Still, the foundation of a good record is good material. The quality of songs Callahan and writing partners Chris Arms and Allen James come up with leaves one less thing to worry about. The originals here show wit and intelligence, and Callahan’s strong, rich, warm voice and natural delivery gets everything out them.

They hit it with songs like “I Keep Things Running,” a funky, modern woman’s blues written with Arms and a masterful blues-by-way-of-Jeff Baxter guitar break from James.

Rivaling James as Callahan’s most lethal weapon next to her own voice is drummer/producer Tony Braunagel. Besides being half of a crack rhythm section with bassist Reggie McBride, Braunagel has a knack for giving an instrument its optimum voice whether its his drums, James’ guitar or Callahan’s voice. First rate material and performances aside, Braunagel simply knows how make a record sound good.