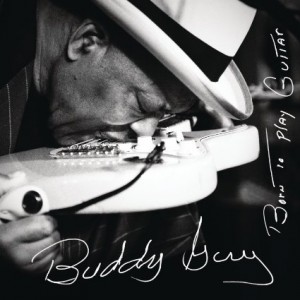 As he’s aged, Buddy Guy has tended to get even wilder in his presentation of the blues. It’s an odd happenstance that’s sometimes added considerably to the blues he was playing, but at other times made him seem like a novelty act when it went over the top.

That’s not an issue with his latest. This album presents one of the last of his generation ditching the histrionics and delivering a set of music that illustrates lyrically and musically what the blues are all about.

There are autobiographical pieces spread throughout the music with the bookends being the best representation of that. The title cut is a country blues via Chicago that shows off the quiet smoldering soul that Guy delivers so well.

The last cut, “Come Back Muddy,” is a plea for the return of his mentor. Again it’s something Guy’s not usually noted for – his acoustic playing – that keeps this one moving. His soloing is all over the cut and shows his deep understanding of this music.

Fans of his electric playing need not worry. There’s plenty of that, including some wild picking on the loud boogie of “Smarter Than I Was” featuring sweeps and loud, fast runs that perfectly match the purposely distorted vocal.

A wah helps him punctuate the lyric of “Crazy World,” a minor blues lamenting the state of the world. His darting, crying fills are a highlight on “Kiss Me Quick.” The riff-based blues-rocker “Whiskey, Beer & Wine” gives him an opportunity to pay some tribute to those who came before him on the six-string, specifically Albert King.

As you’d expect from a musician who has been doing this so well for so long, some friends show up to help out, but thankfully not too many. The good news is they all add to the songs they take part in.

Fabulous Thunderbirds front man Kim Wilson blows some fine harp on two cuts. Van Morrison’s soulful vocals, along with Guy’s guitar, are the anchors of the country-soul feel of “Flesh & Bones.” Joss Stone adds to the gospel blues of “(Baby), You Got What It Takes.” And for guitar fans, the exchange of vocals and guitar riffs between Guy and Billy Gibbons on “Wear You Out” is heaven. The double entendres fly fast and furious.

Guy’s latest is a perfect document from a player who’s been there, done that, and wants to continue doing the same.

This article originally appeared in VG‘s March ’16 issue. All copyrights are by the author and Vintage Guitar magazine. Unauthorized replication or use is strictly prohibited.