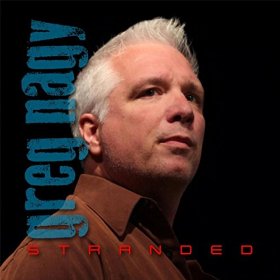 Blues rocker Greg Nagy makes the Northern industrial equivalent to Southern country of the 1950s and ’60s. He melds ’70s West Coast R&B, British blues rock, Albert King tones, dollops of Steely Dan, the Rascals and Elvin Bishop, and the unhurried approach of a player justifiably confident in his material.

Always a tastefully impressive guitarist, he continues to grow as a songwriter and singer, proving himself immediately in “Stranded,” a soul-blues tune that leads into “Walk Out The Door.” The two are among the best examples of Nagy’s strongly rooted style.

He also continues to grow as a producer and record-maker, always keeping the big picture in mind. Whether it’s knowing when to step aside for co-producer Jim Alfredson’s keyboards in “Still Doing Fine” and the moving ballad “Run Away With You,” or adding short, telling licks to “Ain’t No Love In The Heart Of The City” and the “Voodoo Chile”-inspired “Long Way To Memphis.”