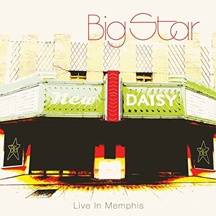 Big Star’s star shone only briefly. The band formed in Memphis in 1971 around guitarists-songwriters Chris Bell and Alex Chilton, and then blazed out by ’74 despite rave critical reviews and two stellar albums. But the band’s renown has only ascended from there.

In the ’80s, post-punk and alt-rock hipsters championed Big Star as one of the great misunderstood and forgotten bands; REM, the Replacements, the Posies, and more sang their praises – literally, in the case of Paul Westerberg’s hard-rocking paean “Alex Chilton.”

For his part, Chilton never quite got what the afterglow was about. In 1992, he told an interviewer, “People say Big Star made some of the best rock and roll albums ever. And I say they’re wrong.” Could have been undiluted band-breakup heartache, just a bad day, or maybe honest humility. 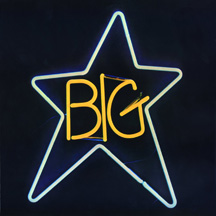 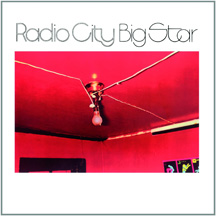 Happily, the band’s music is now back. Their first two albums – #1 Record from ’72 and Radio City from ’74 – are reissued in remastered, stand-alone form. Songs such as “The Ballad of El Goodo” and the power-pop masterpiece “September Gurls” sound fresh all over again, the guitars and stunning mix of raw and sweet. These albums are textbooks for pop guitarists: Bell and Chilton could really write a hook.

The band’s short, sad story is told in directors Drew DiNicola and Olivia Mori’s recent documentary Big Star: Nothing Can Hurt Me, now out on home DVD. After the frustrations and failure of their promising first album, the band fell apart amid a series of knockdown punch-ups and vandalized instruments. 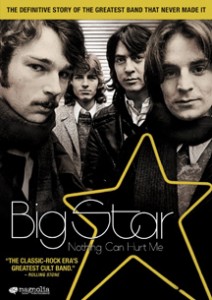 Their Third album, cut in ’74 by Chilton and Stephens with producer Jim Dickinson, was both an experimental venture and a chronicle of Chilton’s declining mental health.

Several live albums of the original lineup were released in the ’90s and later, but the new Live in Memphis captures a band reunion show on October 29, 1994. The collection is available on double LP, CD, and pro-filmed DVD.