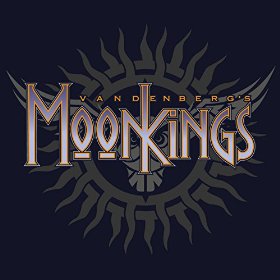 He’s had a decade away from the spotlight, but former Whitesnake guitarist Adrian Vandenberg has returned with Vandenberg’s MoonKings. After a false start with the ill-fated Manic Eden starring Rudy Sarzo and Tommy Aldridge in 1994, the Flying Dutchman is back.

Known for his blend of neo-classical and hard rock demonstrated on Vandenberg, Heading For A Storm, and Alibi, this group is a return to the guitarist’s blues-based, hard-rock influences.

Bombastic drums, Jimmy Page style riffs, and wailing vocals permeate the record, with an assist from youngsters Sem Christoffel on bass, drummer Mart Nijen Es, and Jan Hoving on vocals. “Lust And Lies,” “Close To You,” and “Steal Away” carry the genetic materials of the past, but Vandenberg has brought his A game with dirty fretboard gymnastics and patented staccato lines.

Lush acoustic ballads with a refreshing European treatment break things up on “Breathing” and “Out Of Reach,” while heavy rockers “Feel It” and “Good Thing” roam free from the Led Zeppelin playbook.

The highlight is an exceptional acoustic arrangement of Whitesnake’s “Sailing Ships” featuring David Coverdale on vocals with light orchestral underpinning.