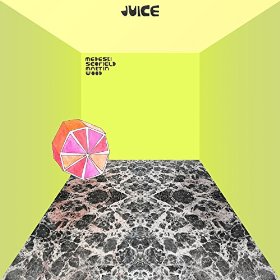 John Scofield long ago proved he can handle pretty much any musical situation he’s put in. The times he’s been thrown together with this funky trio have shown to be wonderful sessions brimming with imaginative music, and this, their third effort, is no different.

You want funky? Give a listen to the record’s opener, “Sham Time.” Sco starts with a rhythm figure that immediately sets the groove and leads to a slinky, bluesy solo over a cooking rhythm section. That description fits a lot of the music here. The listener is treated to percussive, funky, rhythmic guitar playing that touches base on several kinds of music, including jazz, soul, blues, and rock and roll.

Speaking of rock, there are some covers of note here. “Light My Fire” captures the spookiness of the original Doors’ version while giving Scofield and co. ample room to stretch out. He does the same on a deconstruction of “Louie, Louie” that they call “Juicy Lucy,” with Scofield even breaking out a wah-wah. Their “Sunshine Of Your Love” is a hypnotic island tune that stretches 10 minutes but never gets boring.

Juice is just more evidence that Scofield remains one of today’s finest players.