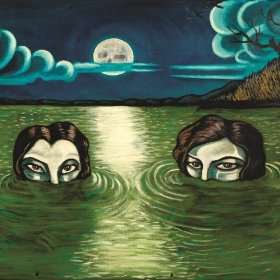 The DBT tell great stories. That continues to be true on their latest album as well. From the workingman’s stomp of “Sh*t Shots Count” that opens the record to the melancholy but majestic closer “Grand Canyon,” the lyrical content is as good as it gets.

Patterson Hood and Mike Colley split the writing and singing duties pretty much down the middle, and each has a way with words. It’s not often a band can lose a writer like Jason Isbell, and still supply such a great list of songs.

On the musical end, this album is a little sparser than some past DBT outings. There’s plenty of great guitar, thankfully. A chord arpeggio serves as the musical hook that keeps swirling in your brain on “Primer Coat.” “When He’s Gone” has a grungy riff that highlights the lyrics about an off-kilter relationship. Slinky slide and quirky dissonant guitar are featured in “Hearing Jimmy Loud.”