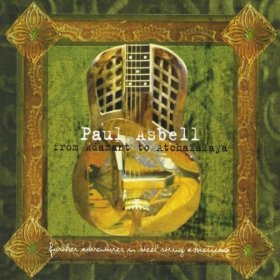 On Chicago’s south side, Paul Asbell recorded and played with Howlin’ Wolf, Lightning Hopkins, John Lee Hooker, and other legendary greats, including holding down the rhythm guitar chair for the studio side of Muddy Waters Fathers and Sons LP. Moving east, he expanded his scope to work with Big Mama Thornton and folk, soul, and jazz luminaries including Rosalie Sorrels, Curtis Mayﬁeld, Sun Ra, Sonny Stitt, and David Bromberg.

“I’ll Be Seeing You,” a favorite of World War II era GIs and their sweethearts, is also among the tunes given this remarkable guitar player’s unique treatment. Throughout, Asbell is adept at enhancing the distinct specialness of the familiar versions rather than diminishing them.