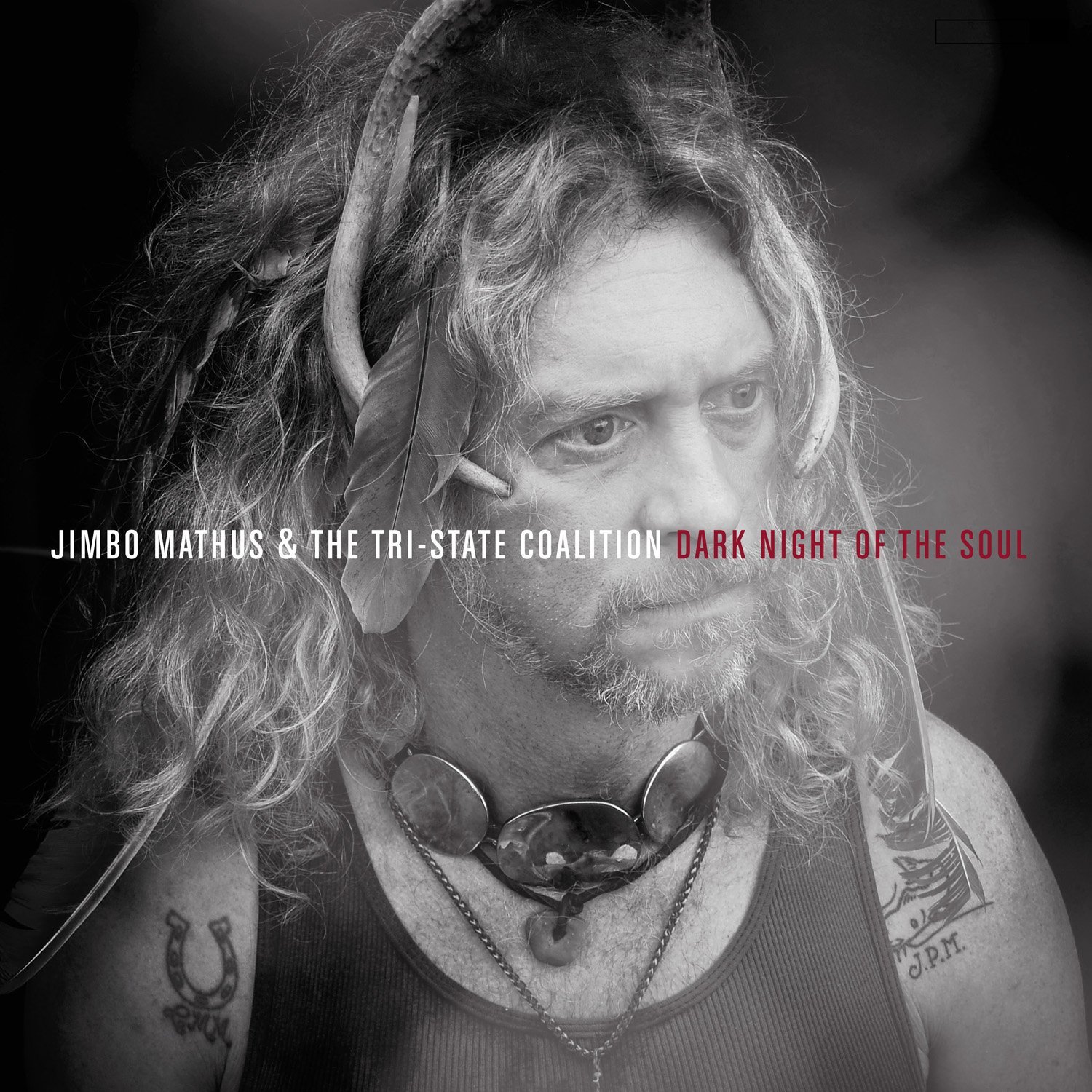 None other than Jim Dickinson once christened Jimbo Mathus as “The singing voice of Huckleberry Finn.” Huck Finn with a hot-wired and hoppedup electric guitar in hand, that is. And now he’s back with his ninth solo album.

Mathus is best known as the ringleader of the Squirrel Nut Zippers, which fused old-timey jazz, blues, and swing. Since those days, he’s struck out on his own, playing his native Mississippi music, from Delta blues to country, rockabilly to Southern rock, providing “catfish music for the masses,” as he likes to say.

Mathus recorded Dark Night of the Soul over the course of nearly a year with his band, the Tri-State Coalition. The ensemble is a rollicking, shambolic affair, less concerned with show-off virtuosity and note-perfect picking than with soul and spirit.

This comes through in Mathus songcraft and guitar riffing as well. He stirs up a vital potion of roots music ranging from weeping-in-your-beer country to gospel-tinged R&B. The album opens with the title track, a slow-rocking, soulful ballad. “Rock & Roll Trash” is a Muscle Shoals Swampers-style foray while “Hawkeye Jordan” celebrates moonshine running. “Shine Like A Diamond” is alt-country too good for radio and spiked with glorious reverb-soaked power chords.

This could just be Mathus’ best solo album yet, ripe with inspired guitar riffs and strong, wide-ranging tunes. It stalks primal indie rock and alt-country territory. Mathus has crafted an album of which Huck Finn himself would have been proud.