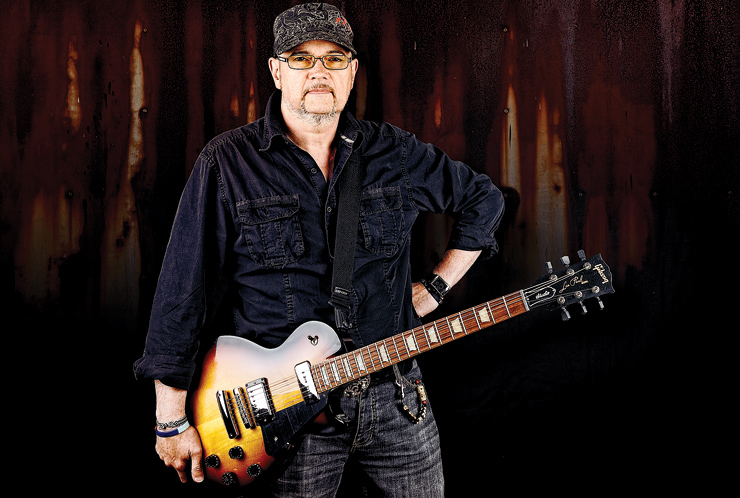 For Paul Quinn, music begins and ends with the blues. The soft-spoken guitarist began playing by listening to British blues icons and helped make Saxon one of Europe’s biggest heavy-metal acts. Quinn has been there since the band’s inception in 1976, and it recently released its 20th album, Sacrifice.

“It was good to make it,” Quinn said of the disc. “It’s not an easy to make a 20th album. We didn’t particularly steal anything from the old days, but we were influenced by it. We wanted it to be as live as possible.”

It really sounds like you’re playing in a room together.
For the solos we had to overdub, but a lot of the time we were.

What’s the writing process for the band?
Basically, anybody can start a song that leads to a riff, and away we go. Everybody throws things together. There’s not so much of one person writing a whole song.

You and Doug Scarratt do some very cool guitar stuff.
We can handle a few styles (laughs)! We’re from different eras – I’m from the blues boom, he’s from the later blues boom and the Van Halen period.

How do you divide duties?
If someone thinks of an interesting part under a solo, that person plays it. We’re really team players. If anyone gets stuck on something, they’ll hand it over.

What is your number one guitar?
It’s a Gibson Les Paul Axcess. They put all the right things into it, and got around some of the problems, like high-fret playing, with the absence of a heel. The pickups sound good and the vibrato does what you’d expect. It’s also a bit lighter because it’s chambered. I did a bit of customizing with a switch that gives me the bridge pickup straight to the amp.

Which effects do you use?
I have an Electro-Harmonix Chorus/Flanger. I have a four-channel Marshall JVM 100-watt, preferably through a Celestion Vintage 30 cabinet and a foot switch, and I don’t add extra distortion.

Do you tweak your amp EQ to complement Doug’s sound, or do you run it the way you want to hear it behind you?
We have different EQ preferences, and they work well together. I started with a Strat and like everything to sound like a Strat… actually, it was a Jazzmaster, but you know what I mean! I like the thinner sound of things and he likes the girthier side of things, so we meet in the middle and try to balance the sound before we sound check.

Are there any contemporary guitar players who inspire you?
I like Matthew Bellamy of Muse – he’s very off-the-wall. And, Joe Satriani always inspires. I started learning to play like Clapton, then veered to Hendrixland, which was more effects-laden. Like a lot of U.K. guitarists of the middle ’60s, I was listening to a lot of white-boy blues then went back and checked out Albert, Freddy, and B.B. I also got into players like Terry Kath and Steve Howe, but the one who inspires me permanently is still Hendrix.