Home Music The No Refund Band 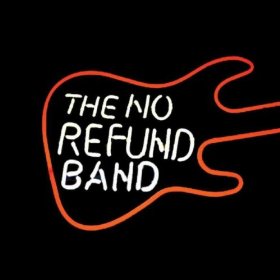 Lead singer/guitarist Ricky Jackson sings with a brassiness and strength that doesn’t come along often in pop music. He’s also an impressive guitarist, partly in debt to the crotch-rock styles of Slash and Joe Perry.

A bluesed-up version of the Beatles’ “Eleanor Rigby” could have been troublesome. Instead, Jackson and gang take it somewhere between Trafﬁc and Joe Cocker to prove that a good song played well can withstand a variety of stylistic interpretations and still keep its integrity. Nudged along by a lonely horn and violin, a chop-chop rhythm guitar, and kept on course by Walter Cross’ big-footed, no-apologies drumming, the song builds to a feverish crescendo as Jackson’s guitar burns.

As a showpiece though, it has to compete with Ms. Tommy Lee Bradley and Jackson’s duet on his original blues grinder “Just To Be Blue.” With just voice and guitar on another original, “One More Drink,” Jackson shows he handles the slow blues so well he can get that kind of job done all on his own should the occasion arise.

The No Refund Band is not to be dismissed. They take it from 1960s British pop to Chicago blues to the southern rock of Warren Haynes’ “Soul Shine” without a misstep and without losing their singular character. They can effectively cover – maybe it’s better to say, interpret – the Beatles, Hoyt Axton, and Stevie Ray Vaughan on the same album and still sound like themselves.
Add original material from Jackson that the band pulls off as well as they do their covers, and you end up with an album that more than makes the grade.

Song of the South