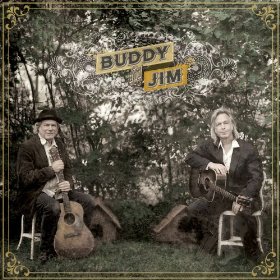 In addition to his sterling reputation as a singer/songwriter, both alone and with wife, Julie, Buddy Miller’s guitar bonaﬁdes speak for themselves, including his work with Emmylou Harris and Robert Plant’s Band of Joy. Lauderdale, whose ﬁrst album appeared back in 1991, has earned repeated acclaim for his solo efforts and individual collaborations with both Ralph Stanley and Robert Hunter. Together, the two longtime friends roll through a freewheeling, eclectic series of duets.

The country material shows similar ingenuity. “The Train That Carried My Girl From Town,” popularized by Doc Watson, dates back (at least) to Frank Hutchison’s 1926 recording. The arrangement, however, is pure, pulsating rockabilly. They do ample justice to “South In New Orleans,” a 1958 convergence of Louisiana rhythms and rumba beats recorded by Opry stars Johnnie and Jack. As Miller’s “It Hurts Me” draws from the Everly Brothers, Lauderdale’s ballad “Forever And A Day” reﬂects the Louvin Brothers’ keen harmonies and plaintive lyrics.

Other reference points include a thoroughly engaging acoustic run at “Lonely One In This Town,” an affectionate nod to the 1930 Mississippi Sheiks original. On the good-humored, easygoing “Looking For A Heartache Like You,” their countriﬁed harmonies contrast with Miller’s guitar, which references Billy\ Butler’s bass string licks from Bill Doggett’s classic 1956 instrumental “Honky Tonk.” Two other superbly performed numbers are R&B covers. “The Wobble” was a 1959 Jimmy McCracklin single; “I Want To Do Everything For You” revives a 1965 Joe Tex recording. Given their individual track records and loose eclecticism, it’s no surprise Buddy & Jim is such an expansive, enjoyable effort.