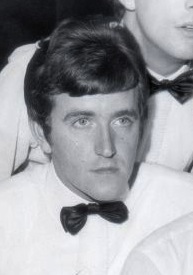 Rick Huxley, bassist for ’60s pop group The Dave Clark Five, died February 11. He was 72 and had been battling emphysema. Born in Dartford, Kent, Huxley joined the group in 1958 and was there as it rode the crest that was the British invasion of the U.S. charts in the early ’60s. The group scored a number one hit with “Glad All Over” in January of ’64, and two number twos (“Bits And Pieces” and “Everybody Knows”). After the group disbanded in 1970, Huxley continued to be involved in the music business as he made a living in real estate and from royalties derived from the band’s music. In 2008, he was inducted to the Rock and Roll Hall of Fame alongside bandmates Lenny Davidson and Dave Clark.

Eddie Van Halen to Young Musicians: “Go After It, Pursue It”