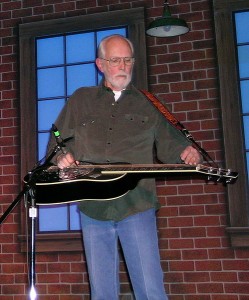 Mike Auldridge, widely acknowledged as one of the premier resophonic guitar players of his era, died December 29 after a lengthy battle with cancer. He was 73. Auldridge was a founding member of the Seldom Scene, which fused bluegrass with other forms of pop music, and more recently was a member of the touring bands of Lyle Lovett and Emmylou Harris; he recorded albums with the latter, as well as Linda Ronstadt, Patty Loveless, and others. He is also credited with expanding the vocabulary of his instrument and inspiring other modern players including Jerry Douglas and Rob Ickes. In 2012, Auldridge was awarded a National Endowment for the Arts Heritage Fellowship, in recognition of his contributions to musical culture.