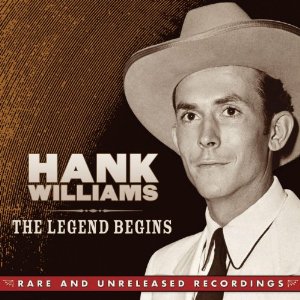 Just when you thought you had heard everything that Hank Williams ever committed to tape or shellac, Time-Life and the Williams estate comes up with something new. On their latest deluxe three-CD box they’ve even included the musical equivalent of a baby picture on a fur rug.

Two of the three CDs in this box have been released before as The Health And Happiness Shows by Polygram in 1993. However, in the 18 intervening years, the tools mastering engineers use to remove clicks have improved immeasurably. Admittedly, without comparing them side by side, the sound quality on those discs is very good here. Fans of steel guitarist Don Helms will be delighted by how easy it is to hear his ﬁlls. Jerry Rivers’ ﬁddle is equally well represented.

Williams’ vocals are especially strong here. On “Lovesick Blues,” you can hear the remarkable control he had over his unique yodel. Be forewarned: The clarity and ﬁdelity of this release also extends to Audrey Williams, whose out-of-tune squalling transforms what is an otherwise nice performance of “The Soul Of Man Never Dies” into a hot mess. But if you want high-quality Hank, you get Miss Audrey whether you like her or not (her vocals on “Bluebird on Your Windowsill” are especially egregious).

The recording quality on the set’s third CD is especially poor. The ﬂutter and especially the wow are severe, with the pitch going up and down like a yo-yo while the surface noise threatens at times to overwhelm what little music is present. While it’s historically interesting that Hank Williams chose “Alexander’s Ragtime Band” as one of the ﬁrst songs he ever recorded, in 1938, that doesn’t mean anyone needs to listen to it more than once, if that.