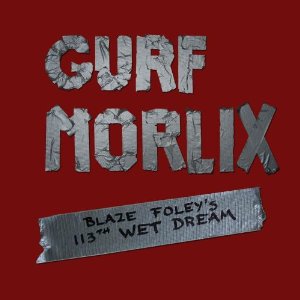 Gurf Morlix’s latest effort is a tribute to his old buddy, Blaze Foley, a singer/ songwriter who was shot to death in 1989. Morlix has taken 15 of Foley’s songs and given them the full treatment, and the result is one of the best records of the new year.

Morlix has been in the public eye since he played with Lucinda Williams in the ’80s. But in the ’70s he played with Foley, and here, his taste and class shines through as he performs the songs of his old friend.

“Baby, Can I Crawl Back To You” is a midtempo tune with great fills and tasty soloing. The sound, as it is on pretty much every cut, is perfect. The guitar has a great, overdriven tone. “No Goodwill Stores in Waikiki” is as good a countryovertoned rock stomper as you’ll hear, with a big, nasty guitar sound and very funny lyric. The slide solo fits perfectly. The other side of town sneaks in on the title cut with its very nice swing feel and a solo that has tons of jazz overtones. Merle Haggard had some success with Foley’s “If I Could Only Fly,” and here it gets a melancholy feel with guitars floating in and out of the lyrics. “Small Town Hero” is a minor-key piece with loud, distorted rhythm guitars, fine mandolin, and a lyric about people you recall from your youth.

This album is pretty much perfect. Foley’s songs are well-written, with wordplay that fits the mood, serious or funny, and Morlix employs tasty guitar and relaxed vocals that capture their essence. Wrapping up this wonderful tribute is the use of duct tape on the cover, including a cowboy boot with duct tape covering it. Foley did that to make fun of the folks caught up in the Urban Cowboy craze. It’s a very funny touch – and the cherry on this bowl of musical ice cream.

The Domino Kings – Life and 20